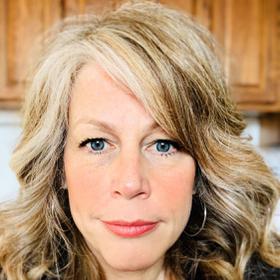 Louise N. Johnson is a pastor of the Evangelical Lutheran Church in America. She recently began serving as Director of Leadership Development for LEAD, following four-plus years as the 14th President of Wartburg Theological Seminary. Johnson is a native of Akron, Ohio. Her father, William, was a Lutheran Church in America pastor, and her mother, Valerie, is a retired higher education administrator, English teacher, and research librarian. At Wittenberg University in Springfield, Ohio, Johnson majored in German. During her college years, she worked in Lutheran Outdoor Ministries, where she developed a strong sense of call to serve the church. After college, she pursued her love for youth ministry, serving congregations in Chicago and Madison, Wisconsin. In 1995, she began studies at Wartburg Seminary and received her Master of Divinity in 1999. Following seminary, Johnson served at Wartburg in a variety of capacities including admissions, community life, continuing education, and pastoral care. Between 2000 and 2004, Johnson also served as pastor of Salem Evangelical Lutheran Church in Spragueville, Iowa. Johnson was called to serve the Lutheran Theological Seminary at Philadelphia (LTSP) in 2004 as Associate Director of Admissions, quickly rising to Director of Admissions in 2006. During her tenure, she worked with others in the development, writing, and execution of Project Connect, a $4.5 million grant from the Lilly Endowment, Inc. to build a network of leaders and institutions to provide theologically sound vocational discernment for young adults. Johnson served LTSP as Vice President for Mission Advancement beginning in fall 2012. Johnson’s responsibilities included strategic planning, accreditation, and alumni relations. During her years in Philadelphia, Johnson also pursued an interest in organizational leadership, undergoing several courses including the completion of a Certificate in Leadership and Management from the Harvard Graduate School of Education. Johnson continues to teach, speak, and consult in change leadership in church organizations. In 2017, Johnson received an honorary Doctor of Divinity degree from Wartburg College, Waverly, Iowa.

Competing constituencies, changing landscape, aging donor base, students with wide-ranging learning needs, more and more pressure to raise essential funds — these are familiar challenges in a world of development executives and education leaders.  One ...

IGNITE: Las Vegas 2020
Feb 3 - 7, 2020
Too hard to browse the agenda in your phone? Not to worry, we have a mobile app for you. Besides agenda viewing, you can also see who else is attending and talk with them ahead of time.