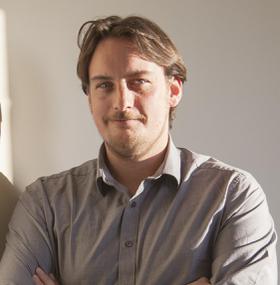 Glen is speaking at

The IIIF Discovery TSG has been working on a successor to the old “drag and drop a IIIF icon” import to viewer paradigm that many of us are familiar with, with a view to creating a richer specification that allows for many different interactions, not just drag and drop:

We already have interoperability of content with the Presentation API — using the same content in different tools and viewers, remixing, annotation and so on. In this session we are announcing the 1.0 Content State specification which gives us more interoperability for IIIF resources across presentation software — how we take some view of a IIIF resource from one context to another.

We will also feature a number of demos of implementations of this specification.

In addition to covering IIIF Content State, we will also introduce the IIIF Registry.

The IIIF Change Discovery API specification (announced at the last IIIF conference) describes a simple, easy to create format for publishing lists of IIIF resources which can be harvested and indexed by potential aggregators. The IIIF Registry is a place where institutions can publish their Change Discovery API endpoints for discovery and aggregation, and where potential aggregators or anyone interested in discovering the world’s IIIF resources can find these endpoints.

We will describe how the Registry works and how you can contribute to it.

There will be time for questions and discussion around Content State, Change Discovery, and the IIIF Registry after the presentations and demos.

The Cookbook of IIIF Recipes provides users with examples of IIIF Presentation API 3.0 implementations for a wide variety of use cases through detailed implementation notes and example manifests. In the last year, the Cookbook authors have made significant progress by publishing over 25 new recipes to the website. In the first half of this hour-long session, the authors will guide attendees through the Cookbook program, beginning with a tour of the published recipes and how members of the IIIF community might make use of the Cookbook. This will be followed by an overview of the recipe publishing and review pipeline, and a tutorial on how to get involved or contribute to the Cookbook. The second half of the session will focus on active discussion and development of Cookbook recipes, such as talking through or defining new use cases and working through a recipe together as a group.

With the release of Simple Annotation Server 2.0, there are significant updates available including user authentication via OAuth, multi-user support, personal annotation collections, and ability to share into an IIIF Collection. Together, these updates support new use cases for centralized interactive scholarship with IIIF materials. The METAscripta project out of St. Louis University, which funded the recent development, will describe their customized, cloud-hosted implementation of SAS and initial use in the classroom. We are looking for feedback from the community on the utility of these new features and any other potentially useful directions the product might look towards.

2021 IIIF Annual Conference
Jun 22 - 24, 2021
Too hard to browse the agenda in your phone? Not to worry, we have a mobile app for you. Besides agenda viewing, you can also see who else is attending and talk with them ahead of time.