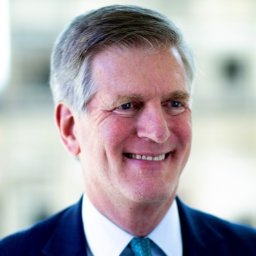 Under Mr. Cunningham’s leadership, McLarty Associates has developed into a firm with global reach and over one hundred employees and advisors in 21 countries around the world. Mr. Cunningham is responsible for guiding our service to clients and is a skilled strategist on national and international policy issues. He travels extensively on firm business, helping ensure that we bring to our clients the broadest range of regional expertise and transnational perspectives. Prior to co-founding McLarty Associates in 1998, Mr. Cunningham served in the White House as Special Advisor to President Clinton on Western Hemisphere affairs and as General Counsel at the White House Office of Administration. He previously served as General Counsel of the Senate Judiciary Committee, under then-Chairman Joseph R. Biden. Before moving to Washington, Mr. Cunningham served as an Assistant United States Attorney in the Southern District of New York from 1988 until 1994, having been hired by Rudolph Giuliani, and in 1984 he was a staffer on the successful Senate campaign of John Kerry. Mr. Cunningham is active on foreign policy and political matters and frequently speaks to audiences in the United States and abroad. He is a frequent commentator on legal and political issues, appearing on MSNBC, CNN, Fox, NPR and other news programs, and he has written for The Washington Post, POLITICO, and The Wall Street Journal, among many others. He is a member of the State Department’s Advisory Committee on International Economic Policy, a past member of the Secretary of State’s Foreign Affairs Policy Board, and past Chairman of the Export-Import Bank Advisory Committee. He served as a volunteer advisor to the Biden For President campaign, and was a member of the Obama-Biden Transition Team and a foreign policy and trade advisor to John Kerry’s 2004 presidential campaign, as well as to several other Senate and political campaigns. Additionally, Mr. Cunningham serves as Acting Chair of the Business Council for International Understanding (BCIU). He is a member of the boards of Yale-NUS College in Singapore, NAFSA: Association of International Educators, the American Security Project, the US-India Strategic Partnership Forum, and the Institute of the Americas. He is a member of the Yale President’s Council on International Activities, the Council of the Americas, and the Council on Foreign Relations. He is also on the national leadership council of the News Literacy Project. A lawyer by training, Mr. Cunningham is a member of the DC, New York, and Massachusetts bars. Mr. Cunningham is a magna cum laude graduate of Yale College and Stanford Law School, where he served as an editor of the Stanford Law Review. He was raised in Latin America and has lived in seven different countries throughout the region. Mr. Cunningham speaks Spanish fluently and French passably.

Nelson is speaking at

Congresswoman Norma J. Torres (CA-35), the Co-Chair of the Congressional Central America Caucus and a native of Guatemala, will share her perspective on the importance of addressing corruption and promoting good governance and key preconditions of future direct foreign assistance by the United States.