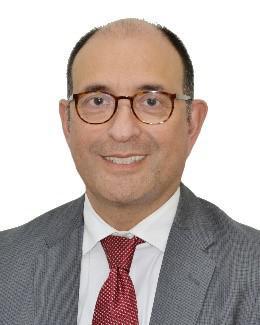 Pedro Luis Rodríguez is the lead economist of the World Bank's Central America Country Unit (covering Costa Rica, Dominican Republic, El Salvador, Guatemala, Honduras, Nicaragua, and Panama). He coordinates key World Bank analytical and financial work in these countries, including programmatic budget support operations in five of the seven countries and the preparation of various analytical pieces (two regional growth studies, one focused on macro issues and the other on micro issues, and several Country Diagnostics and Public Expenditure Reviews) and an ongoing robust dialogue on trade facilitation. Before this job, he was the Program Leader for the Andean countries, based in Lima, Covering Peru, Bolivia, Chile, Ecuador, and, for some time, Venezuela. Essential tasks in this region included leading work to attract private financing for infrastructure in Peru through budget financing operations, guarantees, and the provision of direct technical assistance. He also oversaw the World Bank Group's contribution to Peru's Country Program with the Organization for Economic Cooperation and Development (OECD). In both Peru and Chile, he contributed to assessing revenue options for Regional Governments, assessing the cost and benefits of the free economic zones, and the possibilities to increase the attraction of green financing for the private sector. As the Lead Economist for Romania and Bulgaria (2012-2015), he led the dialogue and reforms (in close coordination with the European Commission and the IMF) in areas, such as the liberalization of energy markets, and the improvement of the corporate governance of state-own enterprises in the energy and transport sectors – this dialogue led to the successful insolvency process for a large hydropower plant, and the launching of a successful IPO for the Romanian gas company. He has also lived and worked extensively in the South Caucasus countries (Armenia, Georgia, and Azerbaijan), in Central Asia (Kazakhstan, Kyrgyzstan, Turkmenistan), and Southern Cone Latin-American Countries (Paraguay and Argentina). In these countries, he led the dialogue and analytical work on critical issues, such as growth, trade, and tax policy reforms (e.g., Georgia, Kazakhstan, Paraguay) and the debt sustainability analysis for the Kyrgyz Republic that ultimately led to the country's agreement with the Paris Club. Before working at the World Bank, he worked as a staff of the Research Department of the Central Bank of Colombia. His doctoral studies in Economics are from Georgetown University in Washington DC, the USA, with majors in industrial organization and monetary policy (all but dissertation). He also holds a master's degree in development economics from the Universidad de Los Andes in Bogota, Colombia, two certificates from the Harvard School of Public Policy (Infrastructure Finance, Development Economics), and a certificate from the Economics Institute (Boulder, Colorado).

Pedro is speaking at

The ravages of back-to-back hurricanes compounded by the COVID-19 pandemic have led to historic economic devastation in Central America’s Northern Triangle region. With the pandemic being far from under control (e.g., less than 0.02% of Guatemalans have been vaccinated) and much of the economic infrastructure damaged, our panelists will discuss the socio-economic consequences of this historic economic disruption and the pre-conditions they believe necessary for economic recovery, including identifying possible opportunities.