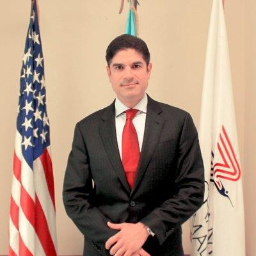 Partner at CENTRAL LAW Guatemala. Graduated Bachelor in Laws from Universidad Francisco Marroquin, Guatemala and has a MSC. in Mercantile and Competiveness Law from Universidad San Carlos de Guatemala & Guatemalan Chamber of Industry. He has continued his legal studies and obtained different specializations in Arbitration Law and Alternate Dispute Resolutions in Loyola University; Specialization in International Mergers & Acquisitions, College of Law of England & Wales; Executive Program in Legal Issues of International Business Law, Georgetown University Law Center/ INCAE; Specialization in Advanced Negotiation, Deal Design & Implementation, Harvard Law School. He is the Head of the Foreign Investment Department of Central Law Guatemala. He has specialization in the areas of M&A’s, Natural Resources (Mining, Oil & Gas), Energy, International Arbitration and Corporate Law. Advised and lead the local strategy in investment and acquisition projects in multiple mining and energy projects which include Nickel, Silver, Gold, Antimony and Petroleum in Guatemala and Central America. Advised as lead local counsel international arbitrations including the first ever DR-CAFTA Investor vs State dispute in Washington DC., which was ruled and executed on behalf of the investor. Team leader in multiple strategic and large investments, M&A’s, real estate transactions, commercial transactions, involving natural resources companies, foreign governments, and multinationals. Current President of the American Chamber of Commerce in Guatemala (AMCHAM). He also held that position from 2009 to 2012. Vice-president of the Association of American Chamber of Commerce in Latin America and the Caribbean (ACCLAA). Promoting bi-lateral trade and investment in Guatemala, organized conferences both in Guatemala and abroad, liaised with international officials including officials from OAS, trade industry, World Bank, USAID, participated in panel discussion, interviews, and speeches on security, trade, tax, and Doing Business in Guatemala. He has also represented the Department of Justice and the Embassy of the United States of America in multiple matters.

Juan is speaking at

Foreign investment will be a critical component of the economic resurrection of Central America’s Northern Triangle region.   Our distinguished panelists representing the American Chambers of Commerce chapters from El Salvador, Guatemala and Honduras will discuss the business climate in their respective countries as well as the challenges and opportunities for attracting more U.S. investment to the region.