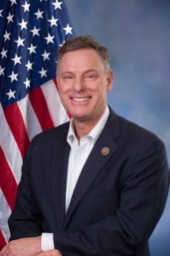 Congressman Scott Peters serves California’s 52nd Congressional District, which includes the cities of Coronado, Poway and most of northern San Diego. First elected in 2012, Scott has worked across the aisle to fix a broken Congress and stand up for San Diego’s military and veterans community. Scott Peters currently serves on the House Budget Committee and the House Energy and Commerce Committee, as well as the Joint Economic Committee. Scott Peters is a civic leader who has made improving the quality of life in San Diego his life’s work. After a 15-year career as an environmental lawyer, Scott was elected to the San Diego City Council, where he later became the City’s first City Council President. On the Council, Scott helped lead the $2 billion redevelopment of downtown San Diego, the cleanup of the city’s beaches and bays, and the completion of a number of major infrastructure projects. He also pursued greater accountability and efficiency in government through the creation of a new Council/Mayor form of government with an independent budget review function. In 2001, the governor appointed Scott to the Commission on Tax Policy in the New Economy, and in 2002, the Speaker of the Assembly appointed Scott to the California Coastal Commission. Scott also later served as chairman of the San Diego Unified Port District – a major economic engine that supports over 40,000 high-skill, high-wage jobs for San Diegans, with $3.3 billion in direct regional economic impact. Scott earned his undergraduate degree from Duke University (magna cum laude, Phi Beta Kappa) and worked as an economist for the United States Environmental Protection Agency before attending New York University School of Law. He and his wife of 33 years reside in the La Jolla neighborhood of San Diego, California, where they raised their son and daughter. During his time in Congress, Scott has passed legislation to give the military the advanced technology it needs to fight terrorism, to level the playing field for small businesses competing for government contracts, and has succeeded in getting the federal government to make changes to the homelessness funding formula that disadvantages San Diego. Ranked the 4th most independent Democrat in Congress by the National Journal, Scott Peters understands that business problems have bipartisan solutions, and is never afraid to work across party lines to build consensus and get things done.

Congressman is speaking at