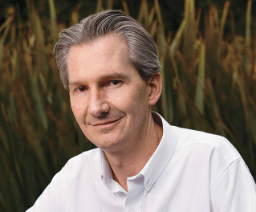 A Colombian and French national, Juan Lucas has worked in the agricultural domain, both in public and private sectors, for the past 25 years. He has significant experience in policy, value chains, markets and in leading agricultural research. He has supported the work of CGIAR through the various governance roles he held over the years in the Committee of Genetic Resources, Oversight and Executive Committees, and as the representative of the Colombian Government on the CIAT Board of Directors as an ex-officio member. Among other positions, Juan Lucas has served as the Vice Minister of the Colombian Ministry of Agriculture and Rural Development, the Chief Commercial Officer of the Colombian Federation of Coffee Growers, and for the last eight years as the Executive Director of AGROSAVIA, the largest agricultural research organization of the country. During his time in AGROSAVIA, he has helped strengthen its reputation, human resources, finance and infrastructure. Most importantly, he helped set up its novel collaborative schemes for research, knowledge management and innovation that have contributed to improvements in the quantity and quality of the organization's outcomes and overall impact. As its Chair, Juan Lucas also led the Global Forum for Agricultural Research (GFAR), hosted by the Food and Agriculture Organization of the UN (FAO), and its efforts to better integrate the agricultural research for development community, with change and innovation by farmers. He also participated in the negotiations on the International Treaty on Plant Genetic Resources for Food and Agriculture where he served as head of the Colombian delegation. In 2017, Juan Lucas led a government effort in Colombia that resulted in a National Agricultural Innovation System, which will facilitate research, education and extension, and promote innovation by farmers, help improve their livelihoods and protect and recover natural capital. He holds a degree in civil engineering from Universidad de los Andes in Colombia, and a Master of Science in Agricultural Economics from Cornell University in the USA.

Juan is speaking at

In Colombia, like in many other countries, the increasing impact of climate change is a major social disruptor and catalyser of conflict. The challenge is of great complexity and Colombia’s case presents aspects of high relevance, since both conflict and vulnerability to climate variability and climate change co-exist. Colombia is also a success story given that it has evolved into a middle-income country, has dealt with key aspects of political violence, and has achieved remarkable success on key social and institutional indicators. The country is at the forefront of the dynamics of climate change, showing some of its more acute impacts but also displaying some innovative solutions. Looking at the Colombian case offers the opportunity to understand the interactions between a multiplicity of factors and extract key lessons to address one of the greatest challenges humanity is facing

We will be examining both short-term solutions to address current environmental issues, and long-term strategies to ensure sustainable development. Recognising the complexity in delivering these solutions, we have invited guest speakers from a wide range of expertise in conflict, agricultural development and public administration who can share their perspectives, vision, and strategies, showcasing as well specific initiatives of great potential.

CGIAR webinar series on Climate Security
Sep 3 - Oct 1, 2020
Too hard to browse the agenda in your phone? Not to worry, we have a mobile app for you. Besides agenda viewing, you can also see who else is attending and talk with them ahead of time.