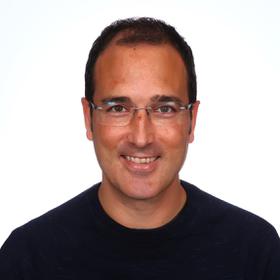 Dr. Diego López-de-Ipiña is an associate professor and principal researcher of “MORElab – Envisioning Future Internet” group (http://www.morelab.deusto.es/), University of Deusto in Bilbao, SPAIN. He received his PhD from the University of Cambridge, U.K in 2002 with a dissertation entitled “Visual Sensing and Middleware Support for Sentient Computing”. He is responsible for the teaching modules “Software Process & Quality”, “Advanced Software Development” and “Internet Protocols, Technologies and Services” offered in the BSc and MSc in Computer Engineering degrees offered by the Faculty of Engineering of the University of Deusto. His main research interests are pervasive computing, internet of things, semantic service middleware, open linked data, social data mining and mobile-mediated and tangible human-environment interaction. He is currently focusing his work on the role of citizens as active data contributors to the knowledge of a city modelled as a Knowledge Graph. He is particularly keen on exploring how ICT can help us addressing societal challenges. He has been PhD supervisor in 15 dissertations. He is taking and has taken part in several big consortium-based research European (REACH, BD4QoL, PARITY, EDI, SIMPATICO, CITY4AGE, GREENSOUL, WELIVE, MOVESMART, IES CITIES, MUGGES, SONOPA, CBDP, GO-LAB, LifeWear) and Spanish (THOFU, mIO!, ADAPTA, SABESS, PIRAmIDE, ACROSS) projects, mostly as principal researcher from the Deusto part, involving the adoption of mobile computing, Cloud Computing, semantic web, social data mining, linked open data, social robotics, smart cities, open government and NextWeb to novel AmI-related application areas such as urban computing, sustainable computing or AAL. He has more than 200 publications in relevant international conferences and journals on Ubiquitous Computing, Semantic Web, Middleware, Smart Cities and AmI, including more than 60 JCR-indexed journal articles. He has been conference chair in UCAmI 2012, IoP 2019, IoT 2019 and Splitech 2020. He has received the ATLAS Elsevier research prize which recognizes the social impact of scientific papers.

Diego is speaking at

During this session the selected startups from the EDI (5) and DMS (5) programme will have the opportunity to virtually pitch in front of an audience which can ask questions after the pitches.

There is a strong need to develop vital ecosystems to generate new business opportunities and to enable opportunities for growth and impact. This session will specifically address the startups‘ obstacles in accessing to investors and corporates by giving them the opportunity to pitch in front of relevant audience. Moreover, to be awarded with a prize from the EBDVF Startup Pitch Contest will help in outreach of the winner and its product.

The projects Data Market Services Accelerator (DMS) and the European Data Incubator (EDI) will select the most promising 10 startups of their current portfolios to participate in this session.

The goal of this session is to bring together European Data incubators to find complementarities, synergies and to identify ways of collaboration towards the future. This session brings together all the past, ongoing and new data incubators part of the Big Data Value PPP  and other related partnerships and initiatives. The session is organised by the BDVe project and EUHubs4Data project and counts with the participation of European Data Incubator, Data Market Services, MediaHub, REACH, and i4TRUST partnership projects.

European Big Data Value Forum
Nov 3 - 5, 2020
Too hard to browse the agenda in your phone? Not to worry, we have a mobile app for you. Besides agenda viewing, you can also see who else is attending and talk with them ahead of time.