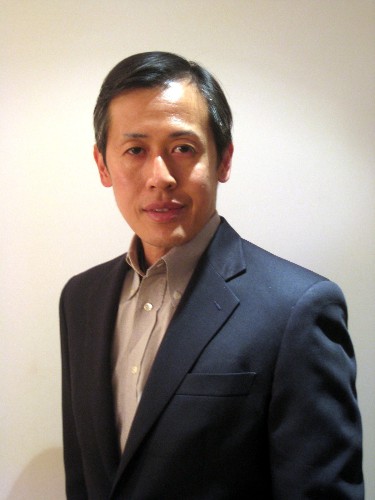 Reg Chua has been a journalist for more than a quarter of a century, working in print, electronic media, television and radio. He’s currently Global Managing Editor, Operations, at Reuters, based in New York, where he’s responsible for newsroom operations, budgets, safety and security and driving technology development for newsroom tools. From July 2009 to March 2011, he was Editor-in-Chief of the South China Morning Post, responsible for the editorial operations of the Hong Kong-based news media company. Prior to that, he had a 16-year run at The Wall Street Journal, including as a Deputy Managing Editor in New York, where he managed the global newsroom budget, supervised the graphics team, and helped develop the paper’s data journalism capabilities. He also ran the Journal’s Hong Kong-based Asian edition for eight years, opened the paper’s bureau in Hanoi, and was its correspondent in the Philippines. He learned how to splice reel-to-reel audio tape and edit video on U-matic cassettes at the then-Singapore Broadcasting Corp, and embarrassingly anchored a few TV shows. And in an earlier stint at Reuters in the late 1980s, he witnessed the speed at which information flashes through the financial system and the impact a single piece of news could have. He’s taught graduate-level classes at Hong Kong University, New York University and Nanyang Technological University in Singapore on the business models of journalism, using Excel as a reporting tool, and numeracy in the newsroom. He writes about journalism issues at structureofnews.wordpress.com. Twitter: @reginaldchua

Reg is speaking at

We gather today amid a growing global backlash against human rights, democracy, and an independent press. Even in countries where we thought our colleagues were relatively secure, the news media is under serious assault. At the same time, we face a business model that has all but disappeared, technology that seems to change not yearly but daily, and issues that threaten not only our profession but the Earth itself.

And yet... In many ways investigative journalism is stronger than ever. An investigative press has spread worldwide, and those who believe in social accountability and progress now recognize that watchdog reporting is as essential to development as good healthcare, honest cops and a level playing field for business.

With this in mind, we start GIJC19 with a look forward. Here are six big thinkers from six countries, with expertise ranging from kleptocracies to artificial intelligence, to give us a glimpse at the challenges ahead.

Investigative journalists are not only collaborating across borders in unprecedented ways -- they are doing it within borders, as well.

The Bureau Local, set up by the London-based Bureau of Invesigative Journalism, has pioneered a collaborative, investigative network within the UK, revealing stories that matter to communities across the UK. Its members include regional and national news outlets, local reporters, hyperlocal bloggers, technologists, community-minded citizens and specialist contributors. Correctiv Lokal in Germany and Citizen Matters in India are also using innovative ways to cover critical local stories. Come see what the future holds.

This session is targeted towards editors and managers but has relevance for the entire newsroom. How should journalists do threat assessment -- not just of conflict zones, but of all kinds of threats: physical, digital, legal, information security? How does one create a smart, flexible strategy that can be applied to both individual reporters and broader groups of journalists? In a world full of multiplying threats, here's a panel of leading managers and advisers who spend their days thinking about this critical area.