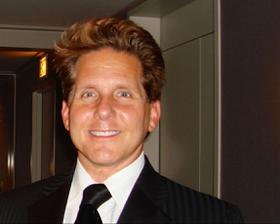 Scott Zamost is the senior investigative producer at CNBC. A two-time Investigative Reporters and Editors (IRE) award winner, Scott joined CNBC in June 2017. Among the investigations he produced are "Broken Bonds," "Weed Killers," Tailspin," "The Extortionists," "LAX Undercover," "Power Boat Pirates," "Drilling For Answers," "Deadly Gift," "Broken Bonds," "Crypto Investigation," and "Airbnb: Unwelcome Guests." Besides producing long form pieces, he oversees the investigative unit which works on stories for CNBC, cnbc.com, Nightly Business Report and On The Money. "Broken Bonds" won a SABEW Award for best video in March 2018 and was a finalist for the Gerald Loeb Award in the investigative reporting category. "The Extortionists" won a National Headliner Award in 2019. Prior to CNBC, Scott was a senior investigative producer at CNN, where he produced investigative stories and documentaries since 2008. He produced the Emmy-nominated "Passports In The Shadows," a year-long collaboration with CNN en Espanol that revealed an alleged scheme to sell passports and visas out of the Venezuelan Embassy in Iraq. The investigation also showed how a top Venezuelan government official was tied to issuing passports to people connected to terrorism. As a result of the story, the Venezuelan government ordered CNN en Espanol off the air. The investigation was a finalist in the Scripps Howard Awards and the British Journalism Awards. He is a four time national News and Emmy Award nominee. He has been an annual speaker at the IRE national conference since 2002 and also has spoken at international investigative reporting conferences in Brazil and Norway. His investigations have ranged from government fraud to war crimes in Iraq. Among his stories at CNN was "Rehab Racket," a groundbreaking investigation into massive fraud in taxpayer-funded drug rehab. The three-part series, a yearlong collaboration with The Center For Investigative Reporting, resulted in clinic suspensions and referrals for possible criminal prosecution, a statewide audit and a government oversight hearing. The investigation won an IRE Award. In 2015, he produced a series of investigative reports on aviation security that revealed only two major U.S. airports fully screen employees. He revealed misconduct at the FBI by obtaining years of confidential disciplinary reports. At CNN, he produced both investigative reports and documentaries, including the award-winning "Killings At The Canal: The Army Tapes." The hour-long special investigated the reasons behind the execution of Iraqi detainees by American soldiers. "Prescription For Cheating" revealed how doctors got away with cheating on their medical board exams. "Post Office Mansion" showed how the U.S. Postal Service was purchasing expensive homes to relocate executives, spending millions of dollars in taxpayer money. Prior to CNN, he was the investigative producer at WTVJ/NBC 6 and WPLG-TV in Miami. He was also a producer at CBS News for "Public Eye With Bryant Gumbel," where he tracked down accused war criminals from El Salvador living in Florida. At WTVJ/NBC 6, he was the first to obtain photos of the 9/11 hijackers, and produced the award-winning "Citizenship For Sale," an investigation about how illegal immigrants were traveling from around the country to South Florida to buy memberships in an Indian tribe as a so-called way to become U.S. citizens. The operator of the scam was prosecuted and went to jail. The story also won an IRE Award. His other journalism awards include 23 regional Emmys, two National Headliner awards, three Gold Medals in the New York Festivals awards, the CINE Golden Eagle for investigative reporting, two finalists in the Scripps Howard Awards, the British Journalism Awards finalist, three national Clarion awards, five Edward R. Murrow awards, a National Press Club award, an Alfred I. duPont-Columbia University finalist, the Genesis Award, three finalists for the Scripps Howard Awards, two Florida Associated Press "Best of Show" awards, the SPJ Green Eyeshade grand prize, seven SPJ Green Eyeshade first place awards and six SPJ Sunshine State awards. Before his television news career, he was a newspaper reporter, starting at the Las Vegas Sun where he was an investigative reporter, columnist and the gaming editor. The Nevada Press Association awarded him the "Outstanding Young Journalist of the Year." He is a graduate of Northwestern University. @scottzamost

Scott is speaking at

The Art of the Investigative Interview
September 27, 2019

The interview is one of the most important tools we journalists have to obtain information, to expand on information we find from other sources, and to clarify facts and see things from different perspectives. Often, we pay little attention to this key skill. But to be a truly effective journalist requires that we hone our interviewing skills to an art. This session will offer tips and guidelines from two of the best in the business -- one on print, the other on broadcast.