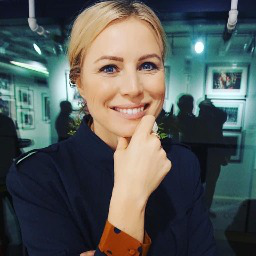 Josie Dye As one of Canada’s most well-known and winsome radio and TV hosts, Josie has had countless conversations with the stars of the music world, and she knows what you really want to know. Her interviews with A-listers—from Chris Martin, to Mumford and Sons, to Oprah—give Josie the ability to speak the language of celebrities - but she never wavers from her straightforward, fun-loving style that has endeared her to millions and made her a staple of the Canadian broadcasting world. Today you can listen to Josie on Indie 88 in Toronto as the host of her own radio show “The Josie Dye Show”. Monday to Friday from 6am to 9am. Previously on 102.1 The Edge, Josie hosted the morning show, the afternoon drive, and had a syndicated top-20 music show that was heard across Canada and was co-hosted by a new musical artist each week, including Soundgarden, Foo Fighters, and Social Distortion. When artists like Eddie Vedder or John Paul Jones come to town, they talk to Josie, whose warm, casual tone brings the truth of the artists straight to the listeners who love them. She’s surrounded by music both at work and home, since her husband, Joel Carriere, owns Dine Alone records, one of the biggest indie music label in Canada, home to The Sheepdogs, City and Colour, The Lumineers, and Jeff Ament. As a television host, Josie brought her energetic and down-to-earth humor into Canadian homes. After co-hosting the lifestyle magazine show ‘Oh So Cosmo’ for eight seasons, she then became the ‘face’ of Canada’s W network, interviewing stars on junkets, performing interviews, and hosting the channel’s quirky interstitials. Josie thrives on being busy. Together with Carriere, she raises two small sons, one of whom was diagnosed with the rare Sotos Syndrome. Josie lends her voice and profile to raising awareness for the little known disease. You can currently listen to her podcast titled Love and Special Needs. A huge supporter of the community Josie has dedicated her time to helping and donating over a million socks for people who are experiencing homelessness.

Josie is speaking at

Streaming and online activities have soared especially during COVID. Artists and managers are constantly pursuing getting placed on a playlist on a streaming platform and gaining followers on social. Which brings the question, "IS RADIO STILL VALID?".  The answer is YES! Hear from our diverse group speakers on why radio is still a very important part of an artists career. You will hear from people on the radio as well as people who are pitching to radio.