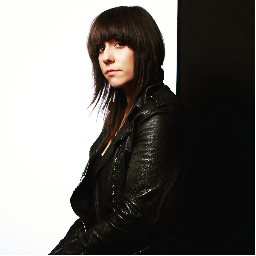 Stephanie is speaking at

The hosts of the rooms will share songwriting tips, stories and more - possibly even play a few songs / parts. The hosts have been involved with award winning and nominated albums and songs, toured extensively and have a lot of history on approaching songwriting.

Julian Taylor - Of West Indian and Mohawk descent, Taylor first made his name as frontman of Staggered Crossing, a Canadian rock radio staple in the early 2000s. His songs have been placed in shows like Kim’s Convenience, Haven, Private Eyes and Elementary. He’s been invited to perform at two Olympic Games. Toronto poet Robert Priest describes Taylor and his work as “the kind of artist forever in the zone, the voice limitless, the songs full of feeling.”
Ken Tizzard - Very few Canadian musicians have had as fascinatingly diverse a career as Ken Tizzard. In over two decades as a professional musician, he been the bassist in top Canadian rock bands The Watchmen and Thornley (he is featured on 6 gold & platinum records, received numerous Juno nominations and MuchMusic Awards, and licensed songs to such TV shows as CSI and Fashion Television).

Ken has toured internationally, appeared on The Tonight Show with Jay Leno, and played such major venues as The Air Canada Centre. When he puts on his cowboy hat, Tizzard can be spotted performing his original material, solo or with a band, for a loyal and growing audience in pubs, clubs and concert halls across Canada.