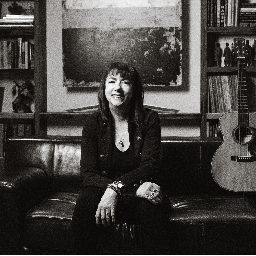 ROSANNE BAKER THORNLEY (RBT) is an internationally recognized, award-winning singer / songwriter. Based out of Toronto, Canada, Rosanne writes with and produces an impressive and growing number of international emerging and established artists. A prolific writer and born storyteller, she also writes for sync and artist placement. Rosanne loves that she is able to step in behind the eyes of the artists she works with to write songs in many types of genres. Working with a diverse range of artists such as Justin Nozuka, Tyler Shaw, Ryland James, Andrew Allen, Paul Woida, Martin Kerr, Ken Yates, Jordon John, Shannon Dooks, Colin MacDonald (Trews) - she smiles, “I’ve been performing and writing for a long time, and I work to truly understand the hearts of the artists that are sitting in front of me. My role as a collaborator is a chameleon-like attribute I greatly value - it makes me the co-writer I am. It’s through truly listening that I am able to lift and support the artistry of the very original singer-songwriters I work with”. She also develops new artists through her “That First Song” an initiative where she works with talented singer-songwriters who have unique and proprietary ‘voices’. Co-writing and producing these artists with her team, she helps them move them forward on their career paths. In this, she has worked closely with her songwriting collaborator North Easton. Over their 7-year partnership, RBT | NE has written, performed and recorded an ever-growing catalogue of their RBT | NE co-written songs for artist pitching and sync placement, as well as written with an impressive roster of artists. On her own artist focused endeavor, Rosanne is just in the midst of finishing up her new album "Sorry I'm Late". Industry ears are listening and advocating on Rosanne’s behalf as she continues to build her presence around the world.

Rosanne is speaking at

The hosts of the rooms will share songwriting tips, stories and more - possibly even play a few songs / parts. The hosts have been involved with award winning and nominated albums and songs, toured extensively and have a lot of history on approaching songwriting.

Julian Taylor - Of West Indian and Mohawk descent, Taylor first made his name as frontman of Staggered Crossing, a Canadian rock radio staple in the early 2000s. His songs have been placed in shows like Kim’s Convenience, Haven, Private Eyes and Elementary. He’s been invited to perform at two Olympic Games. Toronto poet Robert Priest describes Taylor and his work as “the kind of artist forever in the zone, the voice limitless, the songs full of feeling.”
Ken Tizzard - Very few Canadian musicians have had as fascinatingly diverse a career as Ken Tizzard. In over two decades as a professional musician, he been the bassist in top Canadian rock bands The Watchmen and Thornley (he is featured on 6 gold & platinum records, received numerous Juno nominations and MuchMusic Awards, and licensed songs to such TV shows as CSI and Fashion Television).

Ken has toured internationally, appeared on The Tonight Show with Jay Leno, and played such major venues as The Air Canada Centre. When he puts on his cowboy hat, Tizzard can be spotted performing his original material, solo or with a band, for a loyal and growing audience in pubs, clubs and concert halls across Canada.