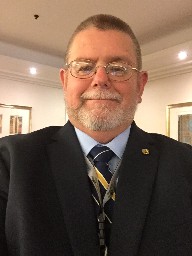 Joe Keary is a seasoned healthcare leader, with over 38 years of experience in the Laboratory, as well as other areas of healthcare. He is a graduate of Manhattan College (BS-Biology), Seton Hall University (MS-Biology), NY Medical College (MS-Microbiology & Immunology) and West Chester University of PA (MBA-Executive). Currently, he is a Doctoral candidate in the Doctor of Healthcare Administration program at Central Michigan University. During his extensive career, he served for 31 years as a commissioned officer in the US Army Reserve, with multiple deployments to Kuwait/Iraq and Kosovo. During this time, he served as a Microbiologist, Laboratory Manager, Healthcare Administrator (personnel, training and logistics billets), plus three assignments as Combat Support Hospital Executive Officer (COO) in Kuwait and Kosovo, and his culminating assignment as Commander (CEO) of a Multifunctional Medical Battalion. He retired from the US Army Reserve in 2011 as a Lieutenant Colonel. In his civilian capacity, he worked as a Medical Technologist for private laboratories in NYS, accepted a leadership position as an Operating Room Materials Manager in both NYC and suburban NJ, then joined Federal Civil Service as a healthcare administrator for the US Army Reserve, Laboratory Manager for the Department of Veterans Affairs and Chief Medical Technologist for the US Army. He retired from Civil Service in 2018, with a total of 28 years of civilian service. He has been an inspector for the College of American Pathologists for the past 22 years and has a private leadership consulting firm, JGK Leadership Consulting. He is a member of the Clinical Laboratory Management Association (currently a Director), Society of American Federal Medical Laboratory Scientists, American College of Healthcare Executives, American Public Health Association, the American Legion, Veterans of Foreign Wars and Catholic War Veterans of the US, and was selected to be a special aide de camp to the Governor of Kentucky (Kentucky Colonel). He is married, with a wife (Claudia), two grown children (Joseph and Maryanna) and two feline “children” (Georgie and Beatrice), and resides in Olean, New York.

Joseph is speaking at

Lessons in Management Leadership: How to Change Your Team’s Mindset and Improve the Patient Care Experience
Track: Adding Value to Your Lab
October 25, 2018

The traditional “profile” of the laboratory professional is of an introvert who likes to work away from the limelight and only leave the bench or office for lunch and to go home. But this lack of visibility is damaging to our profession, leading many to either overlook or minimize the critical nature of our profession in patient care. This session will discuss why laboratorians need to break out of our self-imposed cocoon and how to become active participants in the patient care experience and be more engaged in organizational governance, using an outward mindset. We will then look at how laboratory leaders can help others unlock their personal and professional values, talents, and abilities. We’ll discuss how to apply the success equation, build the trust bridge, erase drama, push people appropriately, coach people up, grow people, and resolve conflict.

After this session, attendees will be able to:

Identify the key differences between outward and inward mindset

Lab Institute 2018
Oct 24 - 26, 2018
Too hard to browse the agenda in your phone? Not to worry, we have a mobile app for you. Besides agenda viewing, you can also see who else is attending and talk with them ahead of time.