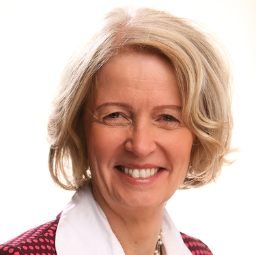 Maria G. Gotsch is President and Chief Executive Officer of the Partnership Fund for New York City (www.pfnyc.org), which is the investment arm of the Partnership for New York City. The Fund, which has invested over $170 million, has built a network of top experts from the investment and corporate communities who help identify and support New York City’s most promising entrepreneurs in both the for-profit and non-for profit sectors. In addition to leading the Fund’s operations, Maria has spearheaded the creation and operation of a number of the Fund’s strategic initiatives, including: FinTech Innovation Lab; New York Digital Health Accelerator; Transit Tech Lab; NY Fashion Tech Lab; NYCSeed (seed financing for IT/digital media companies); BioAccelerate Prize NYC (proof-of-concept funding for university-based biomedical research); Arts Entrepreneurial Loan Fund (low cost loans for mid-size arts groups); and ReStart Central and Financial Recovery Fund (assistance and funding for small businesses impacted by 9/11/01). Prior to joining the Fund in 1999, Maria was a Managing Director at BT Wolfensohn (now part of Deutsche Bank), providing strategic and financial advice related to mergers, acquisitions, dispositions, joint ventures and the development of business strategies. Before starting with Wolfensohn, Maria worked at LaSalle Partners in the New York area and for Merrill Lynch Capital Markets in New York and London. Maria has an MBA from Harvard Business School and a B.A. from Wellesley College. She was also the recipient of a Fulbright Fellowship to study international relations at the Institut Universitaire de Hautes Etudes Internationales in Geneva, Switzerland. Maria also is a member of the boards of Sonepar USA Holdings and the New York Venture Capital Association; serves on the audit committee of Sonepar S.A.; and, serves on the advisory boards of ProPublica (investigative journalism non-profit), Schools That Can, Columbia University’s Lang Fund and Hospital for Special Surgery Innovation Advisory Council.

Maria is speaking at

Ten years ago, the city set out to look forward, and drafted a remarkable document: Media.NYC.2020. It posed a provocative question: New York City has more media jobs, and is home to more multibillion-dollar media companies than any other city in the world. But what will the city's media landscape look like in a decade, as new technology disrupts existing business models and emerging markets continue to experience rapid growth?

One of its lead authors was Steven Strauss, who was then at EDC, and is now at Princeton. The report looked decisively forward, and among other initiatives recommended the creation of the NYC Media Lab (yeah!).


So we’re going to gather three extraordinary experts: Strauss, Maria Gotsch who runs the Partnership Fund for New York City, and Justin Hendrix, who just stepped down as the Executive Director of NYC Media Lab after eight extraordinary years.


Together, with Steven Rosenbaum as the moderator, we’ll look back two decades and then jump in a time machine to look 20 years forward. How will New York evolve, change, reinvent, and re-emerge as technologies, companies, and the nature of work changes? Is New York tech and media in danger? How can startups, students, media makers, and New Yorkers across the five boroughs plan for the next chapter in New York’s invention of media and tech? We won’t pull any punches.

NYC Media Lab Summit 2020
Oct 7 - 9, 2020
Too hard to browse the agenda in your phone? Not to worry, we have a mobile app for you. Besides agenda viewing, you can also see who else is attending and talk with them ahead of time.