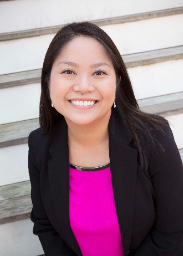 Tram Nguyen is an award-winning activist and community leader who helped found New Virginia Majority in 2007. Tram currently serves as New Virginia Majority’s Co-Executive Director, where she leads multi-racial, multi-issue campaigns using large-scale civic engagement, community organizing, advocacy, leadership development, and strategic communications. Under her leadership, New Virginia Majority has expanded the electorate in Virginia to be more reflective of Virginia’s rich diversity by registering nearly 300,000 new voters and knocking on over 3.5 million doors to get people of color and young people to the polls. As a result, Black and brown voters have turned out in record numbers, contributing to a new Virginia that gives voice to the most underrepresented communities. Her political and policy work on democracy, criminal justice, immigrants’ rights, climate change, healthcare access, and economic opportunity explore the intersections of social, racial, and economic justice. Prior to joining New Virginia Majority, Tram organized and advocated on behalf of survivors of some of the country’s most devastating disasters – both natural and man-made. As a project coordinator for the World Trade Center Rescue and Recovery Program at Mount Sinai Medical Center, she helped secure federal funding for a health treatment program to address the unmet physical and mental health needs of rescue and recovery workers at Ground Zero. As the director of Boat People SOS’ emergency preparedness and response efforts, Tram organized tens of thousands of Vietnamese immigrants throughout the Gulf Coast whose lives were devastated by Hurricane Katrina. She managed a multi-state program in LA, MS, AL, and TX that provided cultural and language-appropriate services and empowered immigrant families to self-advocate for the sustainable redevelopment of their communities and businesses. Tram currently serves on the Board of Directors for the Eugene and Agnes E. Meyer Foundation and on the national advisory council for the Institute for Women’s Policy Research. She is a certificate faculty member at Georgetown University’s McCourt School of Public Policy. Tram is an alumna of Barnard College; a 2011 Lead the Way Fellow of the NYU Robert F. Wagner Graduate School of Public Service; and a 2012 Executive Fellow at the Center for Progressive Leadership.

Tram is speaking at 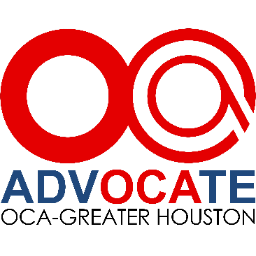 Despite being conducted in the midst of a pandemic, under-resourced, and politicized by the Trump administration, the 2020 Census brought together coalitions of stakeholders who worked to ensure that all people living in the United States, including immigrants, were accurately counted regardless of their citizenship or documentation status. Having every person counted directly impacts how financial resources are subsequently distributed to local communities through 2030 and also impacts the redetermination of boundaries for political offices through the Redistricting Process. The principles of fair representation are at risk both through the current new voting laws enacted at the State level that make it more difficult for people to vote and through the potential gerrymandering of the maps during the Redistricting Process. Learn from this panel of the leading national experts on redistricting and voter rights laws that impact the AAPI community and how you can be a part of protecting our community’s voting rights and fair representation.

2021 OCA National Virtual Summit
Jul 15 - 18, 2021
Too hard to browse the agenda in your phone? Not to worry, we have a mobile app for you. Besides agenda viewing, you can also see who else is attending and talk with them ahead of time.