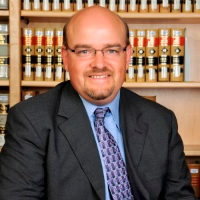 Professor Douglas A. Berman attended Princeton University and Harvard Law School. In law school, he was an editor and developments office chair of the Harvard Law Review and also served as a teaching assistant for a Harvard University philosophy course. After graduation from law school in 1993, Professor Berman served as a law clerk for Judge Jon O. Newman and then for Judge Guido Calabresi, both on the United States Court of Appeals for the Second Circuit. After clerking, Professor Berman was a litigation associate at the law firm of Paul, Weiss, Rifkind, Wharton, and Garrison in New York City. Professor Berman’s principal teaching and research focus is in the area of criminal law and criminal sentencing, though he also has teaching and practice experience in the fields of legislation and intellectual property. He has taught Criminal Law, Criminal Punishment and Sentencing, Criminal Procedure – Investigation, The Death Penalty, Legislation, Introduction to Intellectual Property, Second Amendment Seminar, and the Legislation Clinic. Professor Berman is the co-author of a casebook, Sentencing Law and Policy: Cases, Statutes and Guidelines, which is published by Aspen Publishers and is now in its second edition. In addition to authoring numerous publications on topics ranging from capital punishment to the federal sentencing guidelines, Professor Berman has served as an editor of the Federal Sentencing Reporter for more than a decade, and also now serves as co-managing editor of the Ohio State Journal of Criminal Law. Professor Berman is the sole creator and author of the widely-read and widely-cited blog, Sentencing Law and Policy. The blog now receives nearly 100,000 page views per month (and had over 20,000 hits the day of the Supreme Court’s major sentencing decision in United States v. Booker). Professor Berman’s work on the Sentencing Law and Policy blog, which he describes as a form of “scholarship in action,” has been profiled or discussed at length in articles appearing in the Wall Street Journal, Legal Affairsmagazine, Lawyers Weekly USA, Legal Times, Columbus Monthly, and in numerous other print and online publications. In addition, Sentencing Law and Policy has the distinction of being the first blog cited by the U.S. Supreme Court (for a document appearing exclusively on the site), and substantive analysis in particular blog posts has been cited in numerous appellate and district court rulings, in many briefs submitted to federal and state courts around the country, and in dozens of law review articles.

Professor is speaking at

Rewriting the Sentence Summit
Jun 17 - 18, 2019
Too hard to browse the agenda in your phone? Not to worry, we have a mobile app for you. Besides agenda viewing, you can also see who else is attending and talk with them ahead of time.