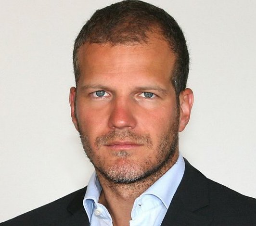 He was born in 1979 in Pristina. He attended the XIV Gymnasium in Belgrade for three years, after which he went to America and in 1998 graduated and received a Lawrence High School diploma in the United States. He graduated in 2004 at the Faculty of Architecture in Belgrade and as one of the best generation students received numerous scholarships. During studies, he worked in studios for business, housing and other types of buildings, attended various specialist seminars, including energy efficiency. He built a successful career as a member of the project team David Cherky & Ass, in 2001. He worked in Israel on the project of reconstruction and reconstruction of Hayehodim Street and designing several buildings in the Upper City of Jerusalem, and in 2002 as a member of the Barbosa & Corbucci Arquitetos Ass project team, Brazil, on Victoria International Airport, Espirito Santo, Brazil. After graduating in 2004, he became the author and co-author of various projects including numerous business and commercial facilities, of which most significant are: "Green Hill Dedinje" apartment complex of 11,000 square meters in Belgrade, production and business building "EuroBravo" in Belgrade, a conceptual solution for Ho Chi Minh Tower of 65 floors and 120,000 square meters in Saigon, Vietnam, urban projects for several buildings in Belgrade. In 2008, founded the Bureau "Folic Architects doo" as a partner and chief architect. As a Belgrade city planner, he initiated and worked on the adoption of strategic documents - the new General Plan and the Strategy of the City of Belgrade through which the main directions of further development are set: turning the hierarchy in traffic for the benefit of pedestrians, cyclists and public transport, use of natural resources by lowering Belgrade to the rivers, relocating rail and industrial capacities from the center and the third strategic goal - that the city does not spread beyond its own natural boundaries by implication using former industrial zones within the city. The initiator is also the leader of the project "Identity - Mobility - Ecology of the City". The key objectives of this strategic project are: Strengthening the City Identity, promoting the concept of Sustainable Mobility and introducing Ecological Consciousness. As part of the project implementation, a book of standards has been introduced, so far 20,000 square meters of new pedestrian zones have been completed, 20 km of new bicycle paths through the sub-project "Belgrade Bicycle", large squares, parks, facades and coastal areas have been arranged and arranged. All these activities are directed towards one general goal - raising the quality of life of fellow citizens. He speaks five languages, English, Spanish, French, Russian and Portuguese.