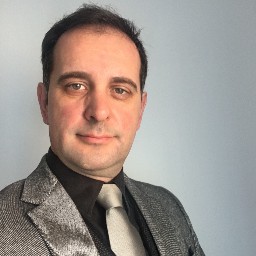 Graduated at Architectural Faculty, University of Sarajevo. Founder and partner at office „normal arhitektura“ in Sarajevo which was attentive to the general and professional public, both in Bosnia and Herzegovina and abroad, by the projects of the FedEx administrative building in Sarajevo, „Music Farm“ the music studio in Ilidža, which were published on several occasions in professional journals in Europe. In addition to a series of projects of different typologies and purposes in Bosnia and Herzegovina, we realized dozens of projects in partnership with partner bureaus in Europe, the Middle East and Asia. The wide spectrum of projects such as interior design, individual and collective housing facilities, administrative, industrial and sacral facilities remained a field of interest for research and application in our projects. Implementing modern technologies resulted in decennial experimentation and application of parameters, BIM technology and the formation of 3D print labs. Social engagement for the "pro-bono" project "Parenting House" in Sarajevo for the Association "The Heart for Children Affected Cancer in Federation of Bosnia and Herzegovina and the exhibition stands for the brand" ZANAT "at the furniture fairs in Cologne, Milan and Paris resulted in numerous publications and prizes. Collective exhibitions, organizing workshops for children about open space and architecture, lectures at universities in Barcelona, ​Istanbul and Sarajevo, facilitating student practices and participating in work with university students in Sarajevo, are just some of the activities such as membership in the Steering Committee and later as an active member of "Association of Architects of Bosnia" and as the initiator and president of "BIM Alliances", in cooperation with ADA center in Mostar as initiator and organizer of „Mostar Days of Oris“ continues to advocate for innovation and modernization of the whole sector. Selected referent project available under: www.normal.ba