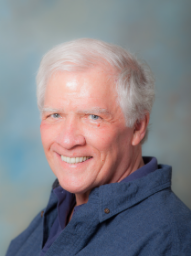 Dean Keith Simonton is a Distinguished Professor of Psychology at UC-Davis. He is particularly interested in the study of human intelligence, creativity, greatness, and the psychology of science. He obtained his M.A at Harvard in 1973, and his PhD in 1975. He is a fellow of the American Association for the Advancement of Science and a fellow of the American Psychological Association. He has over 340 publications, including 13 books. One of his books, The Origins of Genius, received the William James Book Award.