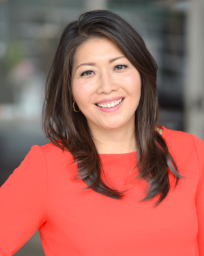 Susan Sim Oh, is co-owner of WKTB-CD, a local Class A Television Station in the Atlanta DMA broadcasting top-tier Spanish and Korean broadcast networks, ultimately serving the fastest growing minority groups in Atlanta with a broadcast reach of over a million viewers. Oh is one of the few Asian female TV station owners in the nation. Asian Class A TV station owners in the US represent only 1.6% of all station owners. Additionally, Oh is Managing Partner for Telemundo Atlanta and oversees business development, distribution, programming, marketing and news operations for Telemundo Atlanta, a premier Spanish-language television station seen in Atlanta, Macon and Columbus, Georgia. Telemundo Atlanta provides the most local news in Spanish in the Atlanta DMA with daily 5:30pm, 6pm and 11pm live newscasts. Through Oh’s leadership, Telemundo Atlanta was the first local Spanish-language television station to consecutively garner the coveted ‘Overall Station Excellence’ Emmy® Award by the National Academy of Arts and Sciences in the Southeast region in 2013, 2014, 2016 and 2017. Under Oh’s leadership, Telemundo Atlanta has garnered 41 Emmy® Awards within the last 5 years. In 2018, Oh founded Surge Digital Media, a premier full-service digital marketing agency that helps brands reach audiences through strategic and thoughtful digital marketing. Surge Digital Media is a general market digital agency that naturally excels at video production, multi-cultural and multi-lingual marketing. A journalist by training, Oh worked at CNN in Atlanta, GA and WCID in Champaign, IL in various news production and media relations capacities. Oh received her Executive MBA from Georgia State University and her Bachelors of Science in Broadcast Journalism from the University of Illinois – Urbana Champaign. In 2014, the Atlanta Business Chronicle recognized Oh with a 40 Under 40 award for her business accomplishments and community involvement. In 2018, Oh was honored at the Who's Who In Asian American Communities Awards Ceremony, where honorees are nationally recognized for their contributions to their industries and communities. Oh received the Community Champions Award in 2018 and 2012 from the Asian American Legal Advocacy Center for creating media partnerships across multiple platforms to generate funds and awareness on voting and immigration rights. Oh served as the president of Korean American Professionals Association in 2002 and spearheaded the launch of the Atlanta chapter of Korean American Coalition in 2003. At the University of Illinois, Oh served as president of her Sorority, treasurer of the National Honor Society and among 9,000 applicants, was selected as a member of the Senior 100 Honorary, an organization where only one hundred graduating seniors are selected based on grade point averages and leadership. Currently, Oh is a Trustee on the Brookhaven Visitors and Convention Bureau. She also serves on the Board of Directors of We Love BuHi, an organization that catalyzes and supports a livable and inclusive Buford Highway corridor. Oh is actively involved in both the Hispanic and Asian communities in Atlanta. Oh is married with two children and resides in Johns Creek. She enjoys tennis and traveling.

How has Korean culture influenced your career decisions?  This Career Panel will challenge you to think outside of the box and to find your passion.  Moderator:  Alexis Suh 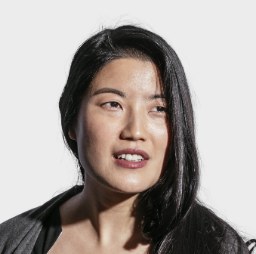 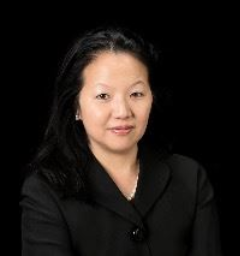