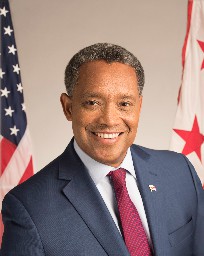 Attorney General Karl A. Racine is the first elected Attorney General for the District of Columbia. With his inauguration in January 2015, the Office of the Attorney General (OAG) began an era of independence for the agency and accountability to District residents. As the chief legal officer for the District of Columbia, Attorney General Racine relies on his 25 years of legal and leadership experience to advise the Mayor and District agencies, defend the city in court, and use the law to advance the public interest. He has prioritized data-driven juvenile justice reform, consumer protection efforts aimed at assisting the District’s most vulnerable residents, measures to advance democracy and safeguard public integrity, and legal actions to protect affordable housing in communities across the District. In line with those priorities, since taking office, Attorney General Racine has helped to end mandatory shackling of juveniles appearing before D.C. Superior Court and led the way to increase options for the rehabilitation of low-risk juvenile offenders. A diversion program that helps these young people get and stay on the right track has so far achieved a success rate of more than 80 percent; under Attorney General Racine, OAG has increased participation in the program five-fold, positively impacting lives and increasing public safety. In 2015, Attorney General Racine established a standalone Office of Consumer Protection within OAG focused on outreach, education, and legal actions to protect consumers. He has brought tens of millions of dollars to the District through settlements and judgments in cases against corporate wrongdoers. He has also initiated lawsuits aimed at preserving safe and habitable affordable housing. Attorney General Racine has broad and deep legal experience, with a career that spans representing indigent residents in the D.C. Public Defender Service and volunteering as a law student in a clinic supporting migrant farm workers’ rights to serving as Associate White House Counsel in the first Clinton Administration and practicing white-collar and commercial litigation with leading law firms. Attorney General Racine was the first African-American managing partner of a top-100 US law firm, Venable LLP, where he led a team of over 600 attorneys, and has also served on the District’s Judicial Nomination Commission. A lifelong District resident, Attorney General Racine attended Murch Elementary School, Deal Junior High School, Wilson High School, and graduated from St. Johns College High School. He also played basketball in youth sports leagues across the city. Attorney General Racine’s deep commitment to equal justice was inspired by his parents, who fled authoritarian rule in Haiti to start a new life in the United States, and by the lawyers of the Civil Rights Movement, who used the law to effect positive social change. Outside of his official role, he remains involved with a variety of causes, including youth literacy and mentoring. Racine earned his bachelor’s degree at the University of Pennsylvania and his law degree from the University of Virginia School of Law.