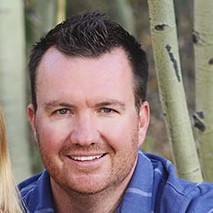 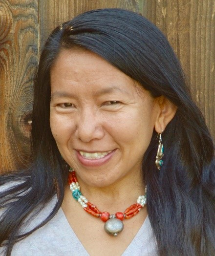 Dorje Dolma is the author of Yak Girl: Growing Up in the Remote Dolpo Region of Nepal. She is also an artist and an inspirational storyteller. In her presentations, Dorje educates through fascinating stories, photos and video clips about an extremely remote area of the world.  She is not only a story teller, but a wonderful speaker who illuminates for us a glimpse into an intriguing ancient culture.   Dorje Dorje was born in one of the most inaccessible places on earth, 13,000 feet high in the mountains bordering Tibet. She was the oldest of eleven children, only six of whom survived the harsh conditions of their lives. Dolpo had no running water, electricity, motor vehicles, phones, school, or doctors, other than the local lamas, trained in the use of herbs and prayer. Dorje began herding the family’s goats and sheep at age five and by seven she was defending them from attacks by wolves and snow leopards. When she was ten, her parents took her on a month-long trek to Kathmandu to find help for a serious health condition. There they encountered Westerners who arranged to bring Dorje to the United States and get her the surgery she needed to save her life. She eventually graduated from the University of Colorado with a degree in Fine Arts and worked as an early childhood teacher for eight years. Yak Girl is full of vivid vignettes of Dorje’s childhood, detailing the inhospitable conditions, close family relationships, and the joys and trials of living so close to nature in her harsh but beautiful homeland. It’s a survivor’s tale of overcoming adversity to become a strong and independent Asian woman. Dorje is an entertaining speaker with a storehouse of unusual tales and a delightful sense of humor. She speaks about the centuries-old way of life in her isolated homeland, how it’s being changed by the slow trickle of modernity now reaching it, and the most effective ways for first world citizens to help those in the third world. She is currently supporting several projects in her homeland by donating a portion of her book and art sales, as well as collaborating with charitable organizations. Dorje has been touring the world with her inspiring story and has given over seventy presentations in Europe, Nepal, Canada and the United States this past year. For more information about Dorje and Yak Girl, you can view her book on Amazon.com and visit her website: https://www.dorjearts.com/ Dorje stresses importance of having an education, connecting to nature and finding ways to keep our home, the Earth clean, valuing family, being kind to one another and helping those in need.

Emily is currently the Associate Director of Fiscal and Student Employment with Financial Aid & Scholarships Office and has been employed with the university for over 19 years.  Her Bachelor’s degree is in International Business from University of Colorado Denver.  She currently manages federal, state and institutional funding; prepares federal, state and institutional reports such as FISAP, SURDS, AOR, etc. and ensures overall operations within budget limits. She is also overseeing Student Employment unit, monitoring budget allocations, expenditures, fund balances and related financial activities for the purpose of maximizing use of funds and meeting federal and state rules and regulations. 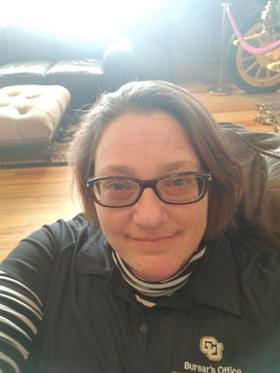 Erica is the Associate Bursar of Financial Operations, at The University of Colorado for the past three years but has been in Higher Education for 20 years in various roles and universities. She currently manages refunds, unclaimed checks, stale dated, third party sponsorships, collections and accounting within the Bursar office. 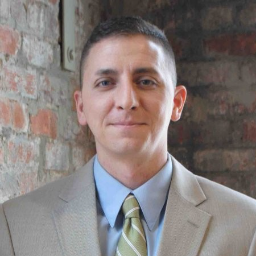 Director of Training at Williams & Fudge

Greg has been with Williams and Fudge for nine years and has been the Director of Training for five years. Before collections he was in Restaurant management and soccer coaching. Greg and his wife have two children. In his role with Williams and Fudge he provide leadership and development to all of staff and enjoys keeping content creative and new for them. It has become a passion of his to get to travel all over the country and speak at various client and industry events. The best part of the job is seeing people grow in their careers as a direct result of being provide with continued education! 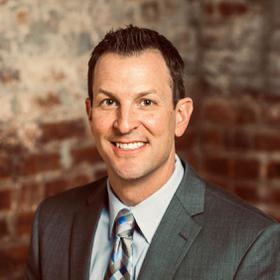 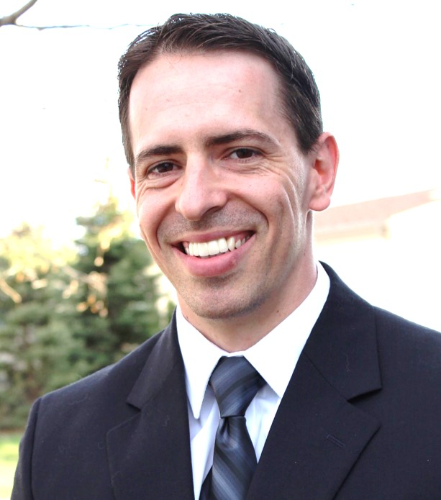 Jimmy is the current president of CAASLAR, has 14 years of experience in Accounts Receivable, Perkins and Institutional loan collections. Outside of higher education, Jimmy has managed a live music venue and runs a non-profit hockey organization in Boulder, CO 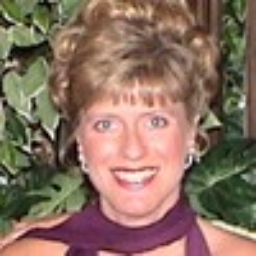 Karen is a graduate of Webster University in St. Louis.  She has over 24 years of higher education experience.  Karen began her career as an Admissions Officer for seven years with Missouri College, working with all aspects of student services.  She has been with National Credit Management, servicing colleges and universities, for 17 years.  In addition to her current duties, Karen currently serves on the Board of Directors for COHEAO (Coalition of Higher Education Assistance Organizations) as the Membership Chair and a member of the COHEAO Task Force to help preserve the future of the Perkins Loan Program.  She also serves on the advisory committee and faculty for the Professional Development Group (PDG).  Karen is a co-founder of the Michigan Association for Student Financial Services Administrators (MASFSA) and served as both Membership Committee Chair and Director of Associate Members.  She has held positions on the Kentucky Association for Student Receivable Officers (KASRO) Board of Directors as the Membership and Professional Development Chair.  Karen presents at several regional and national industry conferences on topics such as, Compliance in Higher Education, Identity Theft and represents COHEAO with Legislative and Washington updates.  Karen has been recognized by several organizations for her passion and dedication as evident in her receiving the KASRO Lou Darnell Award in 2009, the COHEAO Commercial Member of the Year Award in 2010 & 2015 and the CAASLAR Prestige Member Award in 2014.  Karen has also earned both the CAP and CAP Scholar Certification through COHEAO. 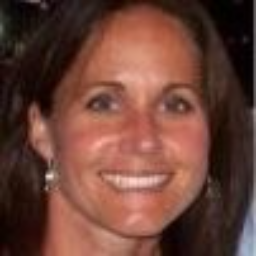 Karin Sammons, Regional Sales Executive, has more than 18 years of consultative sales experience and has been with ECSI since 2011. Her expertise is in managing our partner schools and providing prompt and courteous client support to assist schools in meeting the challenges of today's student lifecycle. She strives to bring together both experience and knowledge to assist each school and prospective school with their distinct challenges. 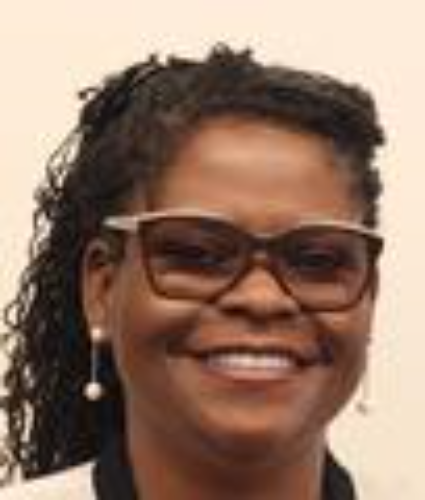 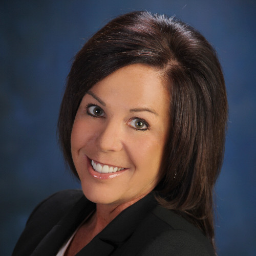 Vice President of Sales at ConServe

Michelle has worked in the Collection Industry for over 18 years and is the Vice President of Sales at ConServe. Michelle oversees the training and management of the Higher Education Sales Team, by supporting overall objectives and achievements, while maintaining quality Client relationships through consistent meetings, performance reviews, always ensuring we are communicating and exceeding our clients expectations. She has participated and presented at numerous conferences within the industry.  She has held past Board positions, for various regional organizations such as HEARO, KASRO and Texas BUC$ which helped facilitate Regional Meetings and their Annual Conference.  Michelle’s exposure and involvement has allowed her to create awareness to clients and prospective clients on the value of ROI, and demonstrate this by using historical data, along with her extensive background and experience in Collections and Higher Education. 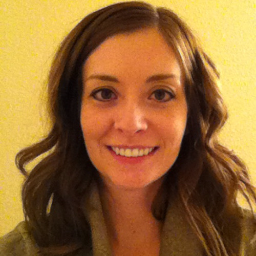 Mindy is a graduate from the University of Wyoming where she obtained her B.S. in Finance as well as her Real Estate Certificate. She spent two years in sales and marketing management before discovering her passion for the credit union philosophy of people helping people. She is the Vice President of Marketing at UniWyo Federal Credit Union, where she has led the advertising, training, branding, and community engagement efforts for eight years. Mindy is passionate about helping to positively impact lives for our future generations and having a partnership with the University of Wyoming allows this progress to be made. 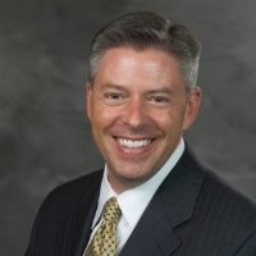 As a member of BKD’s Forensics & Valuation Services, Rand provides business valuation services, forensic accounting, fraud auditing and bankruptcy and restructuring services, including serving as an expert witness. His more than 19 years of experience also includes performing audits and consulting services for large national and international companies while with a large international accounting firm. Rand is a 1991 graduate of the University of Colorado, Boulder, with a B.A. degree with a psychology emphasis, and in 1995 received an M.B.A. degree with an accounting emphasis from the University of Denver.

CAASLAR Conference 2019
Apr 24 - 26, 2019
Would you like to talk with the speakers or ask them questions? We have a mobile app for you. You can also easily browse the agenda, see who else is attending and talk with them ahead of time.