This presentation aims to present the extent to which factor underlies the acute deforestation after the peacebuilding in Aceh, Indonesia. The authors have carried out the socio-economic survey on demobilized Ache free movement combatants. In reintegration to the local communities, the more their integration going on, the more environmental damages were evident in the surrounding natural rain forest. To a certain extent, cutting timber for their shelter must be tolerated, understandable and inevitable. However, the lack of employment and skill eventually leads the former combatants to illegal logging. More importantly, this study examines the GIS data (ground-truth Points Sampling method) of the rapid deforestation and direct interview using narrative approaches since 2007 to show the visual evidence of deforestation. Ground-truth Points Sampling method assisted by the drone was conducted for three years since 2015, with three main research areas, namely Tangse dan Padang Tiji in Pidie and Tangan Tangan Beutong Ateuh in Nangan Raya. The result shows that the Aceh natural rain forestry's critical environmental damage is evident, and the former soldiers became involved with the illegal or legal timber exploitations as middlemen, labourer or bodyguards.

Furthermore, this study shows that the poor's rapid environmental distraction in the rich natural conservation area in Aceh is taking place. Especially in the demobilized combatants’ resettlement areas, the lawless local authority supported by the former combatants’ aggressive illegal logging works together. However, it is rather harsh to blame the demobilized combatants. This is because the highly corrupted DDR (Demobilization, Disarmament and Reintegration) program and poor job opportunities pushed them to cut the expensive first-class timber (Rosewood, etc.) and associated with the huge environmental distraction in the Aceh forestry sector. 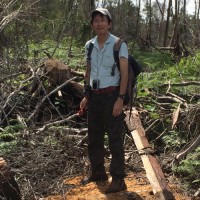 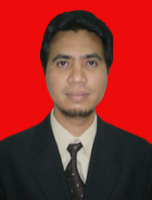 AIFIS-MSU Conference on Indonesian Studies
Jun 22 - 26, 2021
Too hard to browse the agenda in your phone? Not to worry, we have a mobile app for you. Besides agenda viewing, you can also see who else is attending and talk with them ahead of time.