Introduction:  Malawi provides subsidies on fertilizer and improved seeds under the Farm Input Subsidy Programme (FISP) to resource-constrained smallholder farmers. This is considered to have contributed to achieving national maize self-sufficiency. However, critics point to nutritional consequences of diets that continue to be dominated by maize, which lacks essential nutrients. Relatedly, nutrition indicators for Malawi are below global standards: 37% of under-five children are stunted, presenting developmental consequences. The FISP package has included provisions for legumes, as well as maize, in recent years. Accordingly, legume production has risen, but it is unknown whether such increases have resulted in increased dietary diversity (DD).

Methods:  This study uses Integrated Household Panel Surveys data, collected by Malawi’s National Statistical Office with support from the World Bank as part of the Living Standards Measurement Surveys. This is nationally-representative data collected from a sample of randomly selected households across the country. Data used here were from 2013 and 2016, to estimate Panel Poisson Regressions undertaken to investigate whether redemption of legume coupons is associated with dietary diversity. We removed outlier observations from the data and obtained a usable sample of 1,980 observations. To improve accuracy of estimates, bootstrap estimation with 50 replications was conducted. Robust standard errors accounting for any heterogeneity in the data were obtained. The model presented below was estimated:

Conclusions:  Farming systems in Malawi dominated by maize production are supported with government input subsidies, which translates into consumption of calorie-dense foods associated with nutrient deficiencies. Since 2009, legumes are subsidized to diversify production and consumption of foods available. Panel Poisson Regression results from nationally-representative data point to relevance of input subsidies, especially redemption of legume coupons, in facilitating access to diversified diets. This suggests the importance of addressing varied availability of legume seeds in FISP markets and scaling up the legume component of FISP, which has been declining from 2.8 MT in 2014/15 farming year to 1000 MT in 2017/18. 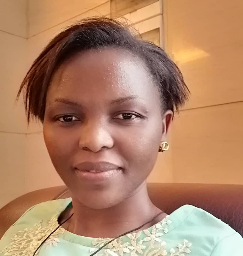 Agriculture, Nutrition & Health Academy Week 2019
Jun 24 - 28, 2019
Too hard to browse the agenda in your phone? Not to worry, we have a mobile app for you. Besides agenda viewing, you can also see who else is attending and talk with them ahead of time.