2015 in Event Technology: The Year of Connections 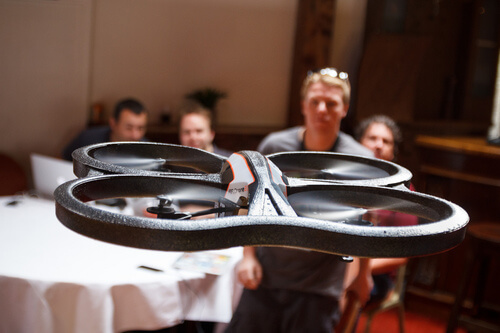 Any big change in the history of mankind was always facilitated by connecting the right individuals and giving them the right tools. At Whova, we believe that events are the catalyst for intelligent and powerful individuals to connect.

According to Brian Solis, public speaker and digital analyst, Generation C is a new generation of technically savvy, digitally connected individuals, not bound by age, nationality, or location.

In other words, they are Generation Connected.

In this new connected world, uniting individuals is the most important thing that can happen. This is the task that event organizers are faced with. Are you ready? Sure you are!

It sounds like a daunting task, but you’ve been doing it all along. The only difference is that 2015 will usher in technology that will propel your efforts. Let’s take a look at the technology and trends that will enable more engaging, better connected events.

The topic of mobile adoption may sound passe because it’s been discussed regularly for the past several years. There’s a reason for this constant chatter: smartphone adoption rates continue to increase all around the world.

As of 2013, 70% of US citizens currently own a smartphone, and 28% of the world’s population owns a smartphone.

This is an exciting accomplishment considering that smartphones put information and connectivity in the hands of everyone.

This “everyone” includes farmers in India, young professionals in South Korea, and your attendees.

We listed mobile first as it’s the building blocks of event tech. Without mobile technology and smartphones, only a few of the following technologies would be possible.

As David Brooks, New York Times columnist, says in his piece, “What You’ll Do Next“, “[D]ata is a tool, not a worldview.”

He has a strong point.

If 2014 was the year of big data, 2015 will be the year of intelligent analytics and context. In 2015, we will see more of an emphasis placed on gathering and understanding meaningful analytics that help both attendees, and event organizers, reach their goals.

If you’ve spent the last few years collecting data from your event and attendees, now is the time to analyze that data, make sense of it, and put it to good use.

When used right, data can accomplish powerful things, and connect the right individuals.

However, while it’s exciting to discuss the Apple Watch, it’s not the only event-friendly wearable around.

In 2014, Lollapalooza, Chicago’s music festival, incorporated digital wristbands into their Lolla Cashless system. Interested attendees received a wristband at registration that enabled them to pay for food and items with just one tap. Convenience, technology, and style all wrapped up into one solution.

2015 will see, not only more wearables in use at events, but more stylish wearables as well.

In June of 2013, Apple unveiled the iBeacon, a Bluetooth enabled piece of hardware that transmits precise location-based information to an iOS or Android device. You don’t have to be a technologist to see that the potential applications of this in the event industry are widespread and very exciting.

Some of the benefits that the iBeacon and similar technology will bring to the event industry include:

If you’re curious to learn more about Apple’s iBeacon technology, visit any of the Apple stores to experience it live.

Due to the large amount data that new technologies will be collecting from individuals, we can expect to see more privacy concerns regarding data collected about attendees. However, these concerns are born out of miscommunication. This is why the strong event teams of 2015 will become even more adept that communicating goals regarding data collection, information security strategy, and the fact that everyone benefits from data collection. In addition to this, 2015 will see even more event apps that putting privacy controls in the hands of attendees, by allowing them to turn certain features on or off.

We are truly in a global world, thanks to real-time language translation. With the help of apps like Word Lens, Jibbigo, and Skype Translator, your events will know no bounds. Imagine a multinational crowd, divided by language, but united by technology.

As with mobile, a wider availability of Wi-Fi, doesn’t sound too impressive. However, when you consider the reliance smartphones and other technology have on Wi-Fi, (and how frustrating it is when the Wi-Fi is down), this is a giant feat.

In early 2014, there was a lot of talk about Drones. Drones started out as a military tool and it stayed within that industry’s discussions for quite a while. That is, until Amazon announced Prime Air, an ambitious package delivery system using drones. This started a lively discussion in the tech industry and has opened minds regarding the practical uses of these machines.

Drones can also be used for much more than package deliveries; event organizers are starting to see the merits of using drones at events.

Some ingenious event strategies for drone use include:

According to Mashable, Augmented Reality is a, “live, direct or indirect, view of a physical, real-world environment whose elements are augmented by computer-generated sensory input such as sound, video, graphics or GPS data.” Until recently, augmented reality has been mostly used as a gimmick. However, it’s starting to be used in creative and meaningful ways at events.

According to Juniper Research, Augmented Reality will generate $1 billion in revenue in the next 5 – 6 years.

While this doesn’t quite count as a conference, Bosch Auto Parts developed a 25 week tour in 2014 called the Bosch Xperience. This Business-to-Business-focused endeavor used Oculus Rift to take sales teams on a virtual reality excursion inside of Bosch engines and break technology.

Whether used on the floor or in a keynote, Augmented and Virtual Reality can bring a new dimension of intrigue and awe to your event.

Conferences and Hollywood are no longer the only ones with an audience; these days everyone who has access to the internet can have an audience. This shift in creation and communication will be felt throughout the event industry in 2015. We’ve seen this in the form of live polling and social media (online and live on screen like with LiveWall, and Tint), but it will become even more pronounced.

While it’s important to use technology that can help you listen and respond to live feedback, the team and the systems that you have in place for live communication, both external and internal, are just as important as the technology you use. Right now, live use of social media is usually handled by marketing and mostly consists of accepting compliments and putting out proverbial fires.

The future of social media and event-attendee communication will continue to flourish.

2015 will see a shift from audience as, well, an audience, to an active participant, and, eventually, to a curator.

Adrian Segar, author of “Conferences that Work”, stated that we are in the time of Conference 2.0. At a 2.0 Conference, “Programs, schedules, and activities are determined by attendees at the event.” Segar goes on to state that, while one individual conference attendee doesn’t truly know what they want more than a curator might, the collective of attendees, also known as the audience, knows. As technology writer, David Weinberger states in his book, “Too Big to Know”, the smartest person in the room is the room. The smartest person in your audience is your audience.

Sticking to this fashion, South By Southwest, Austin’s annual interactive conference, is letting their audience pick the panel with their SXSW Panel Picker 2015.

As apps, social media, and other technology evolve in 2015, attendees will become even more immersed in the events they attend. Technology is important, but experience will become everything. The experience your attendees have will be formed through the bond of connections, technology, design, and storytelling. And the entire event industry will be transformed because of it.

As you embark on another exciting year of event planning, remember the impact your role has on people’s lives in the new Generation C.

As Adrian Segar says, “Face-to-face events are the places for powerful, life-changing connection and engagement.”