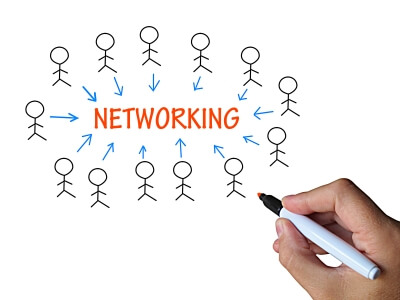 In a recent survey, an overwhelming majority of participating attendee ranked networking as their top reason for attending events. As events often bring together industry peers and like-minded individuals, this makes sense. After all, where better to create a strong network for your field than at an event where they are gathered?

However, most events follow a certain pattern of hosting panels, workshops, talks, Q&A, and breaks in between. Other than at lunch or coffee, there’s no time slot dedicated explicitly to networking.

It is almost ironic that most attendees go to events with the intention of networking in mind, yet receive no time to do so except during meals or refreshments. Even then, most attendee usually have little to no knowledge about others at the event and are left to grope in the dark when trying to make new connections.

Do organizers know about this? Do they even care about their attendees networking?

Well, there’s a lot of ways to go about answering this. All factors considered, the short answer comes out to be a very complicated: not really, but it’s a gray area and there’s a reason.

Most of the time, organizers host their events with one, two, or all of three main goals in mind: exposure, customer interaction, and fundraising.

From a company or an organization’s perspective, an event offers a way of promoting a name and image to potential customers without being annoyingly direct about advertising or selling. Along that same line, an event is an opportunity for hosts put faces behind their logos and build personal relationships with potential clients, customers, and leads.

Of course, let’s also not forget that a well-organized event goes a long way in terms of generating funds. Concerts and festivals are classic examples of this; however, other non-entertainment events — like seminars, exhibitions, debates, etc. — can also generate funds through methods such as auctions, pledges, and registration fees.

The bottom line is

Most event organizers have other goals in mind when creating an event. But where does the concern networking come into play in all this?

Normally, it doesn’t. But organizers are not a crowd of ignoramus stumbling around the block either. Most of them have done their share of research. They are perfectly aware that attendees want to network with one another. Yet catering to the attendees’ every need is a difficult task to accomplish, particularly if there is a time crunch and a planning budget. So networking time is usually placed on the back burner and left to coffee breaks and lunch.

The trick to distinguishing whether your event hosts care about your networking experience is seeing the telltale signs. These could include: sessions dedicated to attendee networking, tools and information to help attendees quickly get to know one another, or an event app that provides various features to facilitate networking.

If you would like to see an example of an event app that provides many inter-attendee networking functions, you can check it out for free here with a demo event.