Think Networking at ThinkChicago with Whova 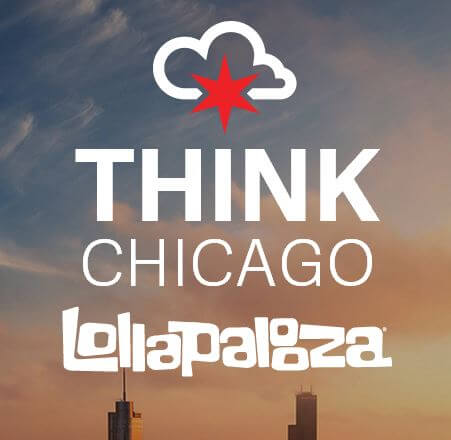 Three days, 125 universities, and one massive music festival later, the ThinkChicago:Lollapalooza 2014 event came to a stunning conclusion. For those of you who didn’t catch wind of this, from July 31st to August 3rd of this year, Chicago’s Mayor Rahm Emanuel invited 125 universities —including Columbia, Duke, Princeton, MIT, etc. — to tour Chicago’s technology industry, meet technologist and innovators, and attend one of the country’s most popular music festivals: Lollapalooza.

It was a busy weekend, to say the least. There were lots to do, lots to see, and lots of ground to cover. But between taking tours, listening speakers, and joining the screaming fans as Rihanna and Eminem took the stage at Lollapalooza, the ThinkChicago attendees managed to fit one more thing to their list of to-dos: network with each other.

For this year’s ThinkChicago, an overwhelming majority of all attendees made efficient use of their Whova event apps. The views and usage of the mobile brochure features aside, nearly 60 percent of all users fulfilled the app’s potential as a networking facilitation device. During the course of the event, the attendee Professional Profile function was used a grand total of 714 times, as students and young entrepreneurs sought to increase their knowledge on their fellow attendees’ professional accomplishments before attempting to network.

In addition, those who were able to thoroughly explore Whova’s networking system quickly discovered extra tools to simplify the networking process: Discover, Exchange, and Bookmark. Together with the professional profiling function, these three tools make a powerful combination when attendees want to find others to form connections with.

Whova’s personal favorite networking method is to first use the Discover feature to narrow down the spectrum of possible networking targets. At any given event, the Discover feature provides a list of all attendees who share a person’s similar affiliations, professional experience, and interests. Individuals looking to network with those who belong in a certain category can find other attendees who fit the bill and learn more about them through their profiles. During the real networking process, two individuals can utilize the Exchange feature to swap their profile information with the app to store for later use. Finally, users who wish to remember particular attendees can bookmark their profiles to access in the future.

We are happy to say that event saw a number of attendees discovering the capabilities of these networking tools when used in combination with one another. But we are even happier to report that nearly two weeks after ThinkChicago has ended, our user community is still going strong.

During the event’s aftermath, some attendees contacted us expressing a desire for a method to continue the ease of communication, as well as the networking experience they had experienced with so many of their peers gathered. In order to provide this community, two groups— Entrepreneurs on Campus and Women Entrepreneurs — were created in the Whova app for the students and young entrepreneurs at ThinkChicago to reconnect and continue to interact in their own community through sharing ideas, articles, and more.

This year’s ThinkChicago may have come to an end, but for those who are actively building their niche community, things have only just begun.

Update: we’ve made a case study the ThinkChicago event.