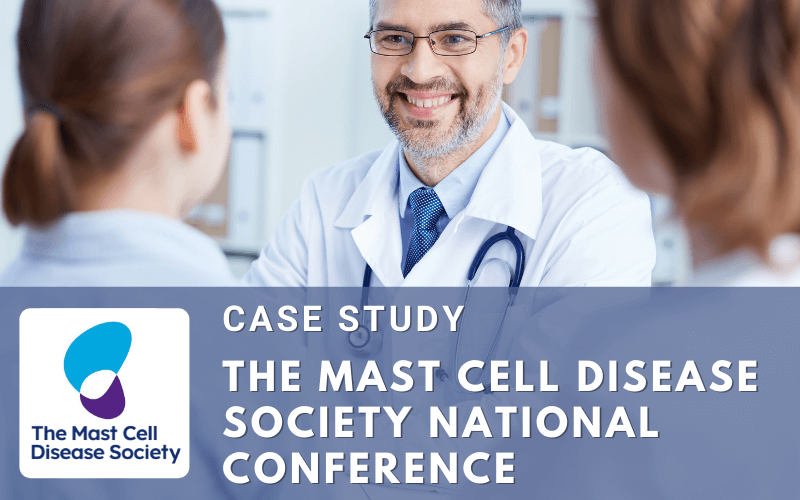 The Mast Cell Disease Society (TMS) held their annual National Patient and Caregiver Conference virtually with Whova’s all-in-one event platform. Initially unsure about their first time hosting the conference online, the organizers appreciated the accessibility of the virtual format for their home-bound attendees, who exchanged over 13,000 in-app messages with each other while generating about 800,000 sponsorship impressions.

Interview with the Organizers

About The Mast Cell Disease Society

The Mast Cell Disease Society’s mission is to support these patients who suffer from mast cell diseases, as well as their loved ones, connecting them with medical professionals specializing in these types of diseases through community, advocacy, and education.

TMS’ National Patient and Caregiver Conference is an extension of that support. They invite patients, caregivers, and other medical professionals to come and learn more about mast cells diseases in a palatable language and style of education, while also giving them a welcoming space to socialize and form a positive community.

The organizers wanted the event to be a place where people affected by mast cell diseases could uplift and learn from each other.

The last 23 years of the TMS National Conference were in-person. How would it go being completely online for the first time?

Even though most people would be attending from home, the organizers wanted the virtual conference to feel as engaging as a live event would.

Since some of the attendees had medical needs preventing them from watching sessions in one sitting, it was important to keep the conference accessible and convenient.

TMS Event Organizer Lauren Denton said the amount of engagement in the conference “went beyond” her expectations. The attendees started their own conference-wide discussion threads with over 230 posts on the Community Board, sent over 13,000 personal messages with Whova’s 1-1 messaging, and self-organized 55 Meet-ups. They initiated the engagement themselves during the conference without the need for organizer assistance, and some even continued to get together monthly after meeting at the conference. 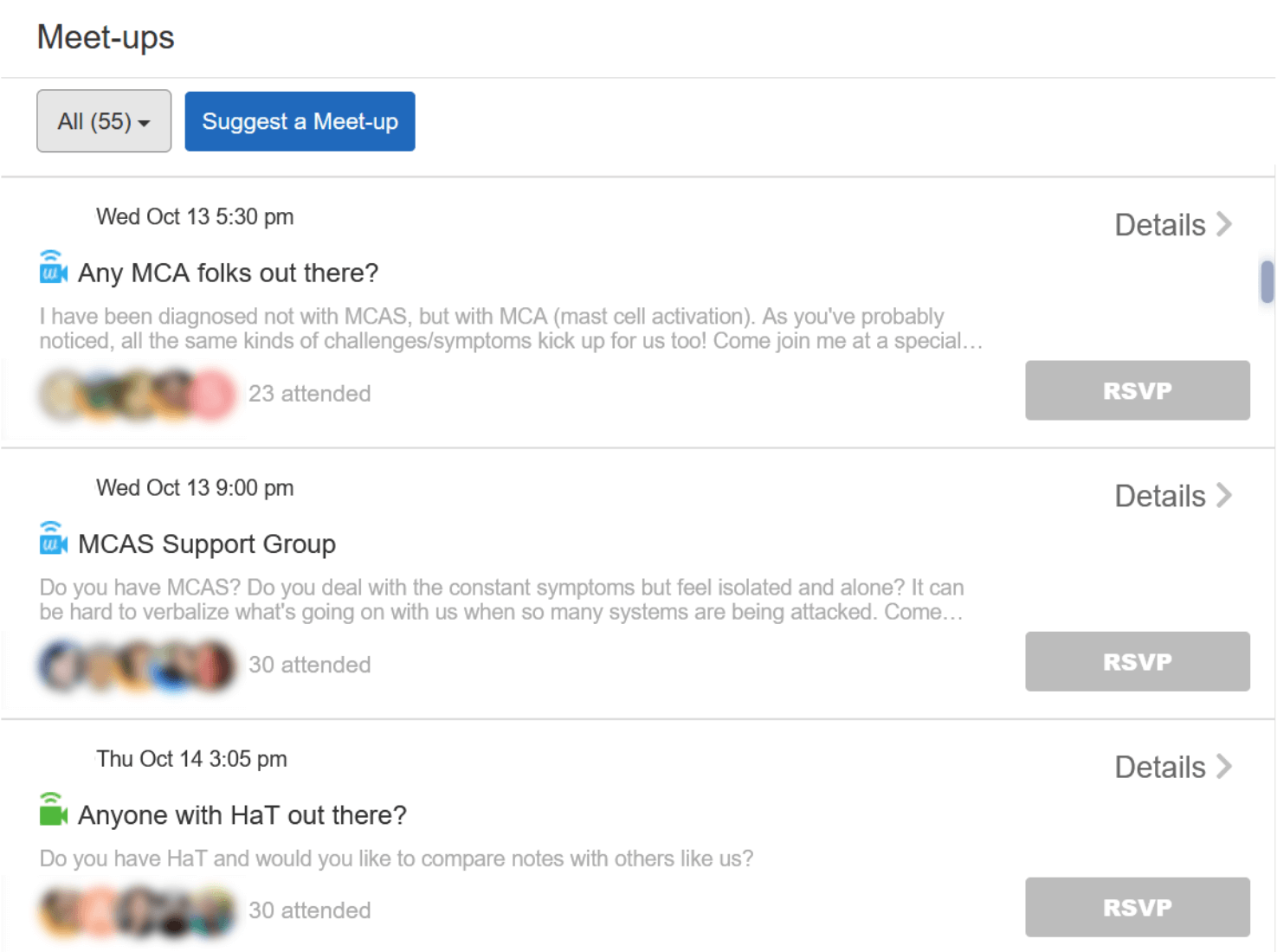 [Whova’s] message boards, the Meet-ups, that sense of community – that really brought everyone together.

Lauren estimates about 95% of the attendees were mast cell disease patients. Because some weren’t able to sit for the entirety of the conference because of their medical conditions, Whova’s online platform and video hosting capabilities were particularly useful for this kind of conference and its population of attendees. Unlike in-person conferences, the attendees could pause recorded sessions at their leisure and catch up with them later.

Most importantly, all attendees – even those whose conditions wouldn’t have made it possible for them to attend an all-day in-person event – could attend the conference comfortably from home. The attendee accessibility that Whova’s online platform supports is prompting the TMS organizers to always add a virtual component to their future events.

The conference hosted both live and recorded sessions. Whova lets organizers either embed videos with a video link or directly upload videos on the Whova app. They can then attach those videos onto their corresponding sessions, making it easy to find for the attendees. 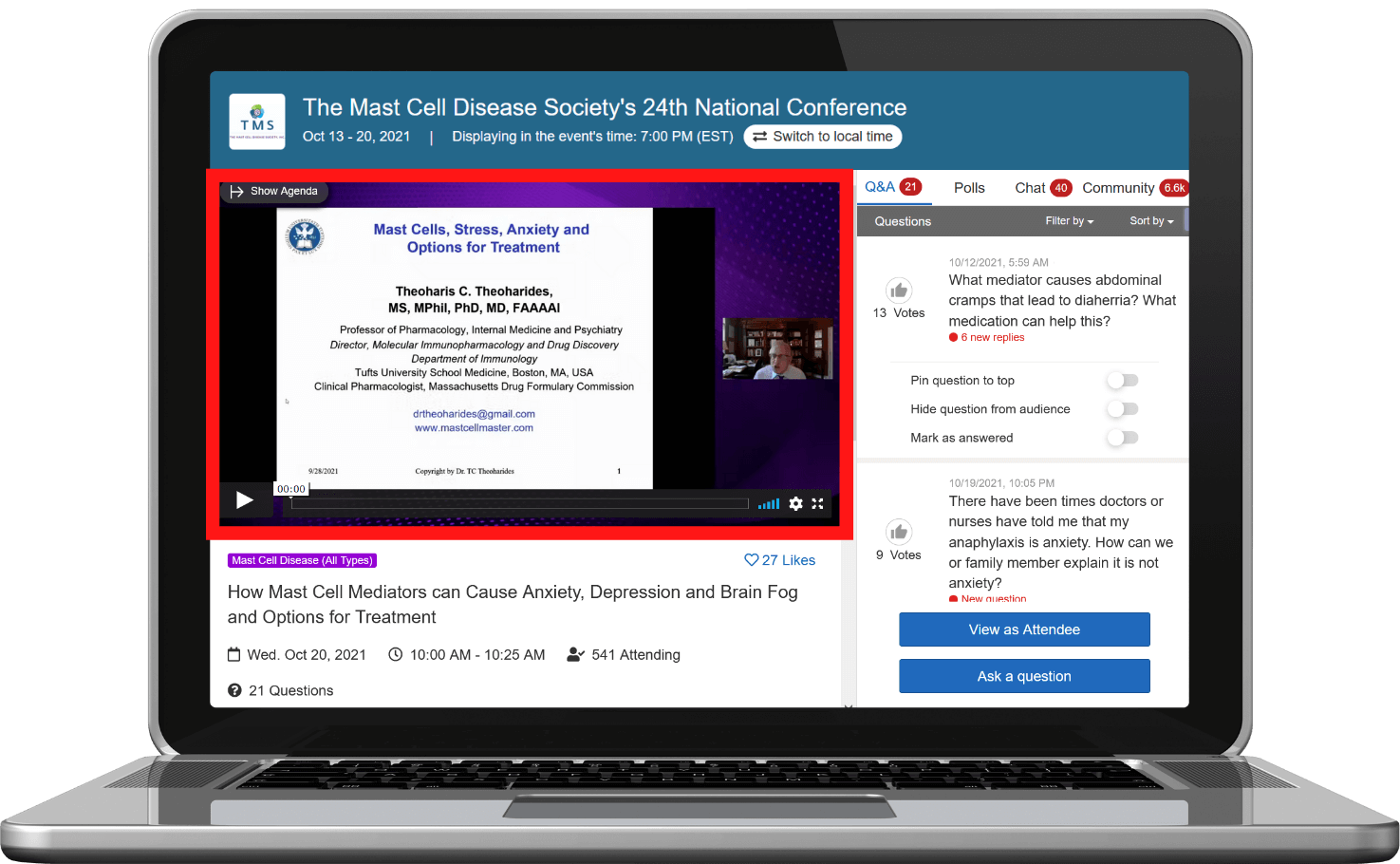 However, the organizers wanted to control exactly when the attendees had access to the recordings in order to recreate the “live feeling” of an in-person conference. So, they released the recordings during the session’s scheduled starting time, and the attendees were then able to experience the session simultaneously while using Whova’s engagement features to interact with each other about the session content in real time.

What’s core to our mission is providing a community of hope, and Whova allowed us to do that.

Because the conference covered 8 days of sessions, the organizers simplified their schedule using Whova’s Session Track feature, which allowed them to categorize each session according to its specific topic. They could make however many tracks they wanted and name them whatever they liked, all the while streamlining the event schedule for themselves as well as their attendees. So instead of wading through irrelevant session after irrelevant session, organizers and attendees alike could filter the agenda schedule based on which track they’re looking for, and see a neatly filtered calendar of sessions pertaining to their interests. 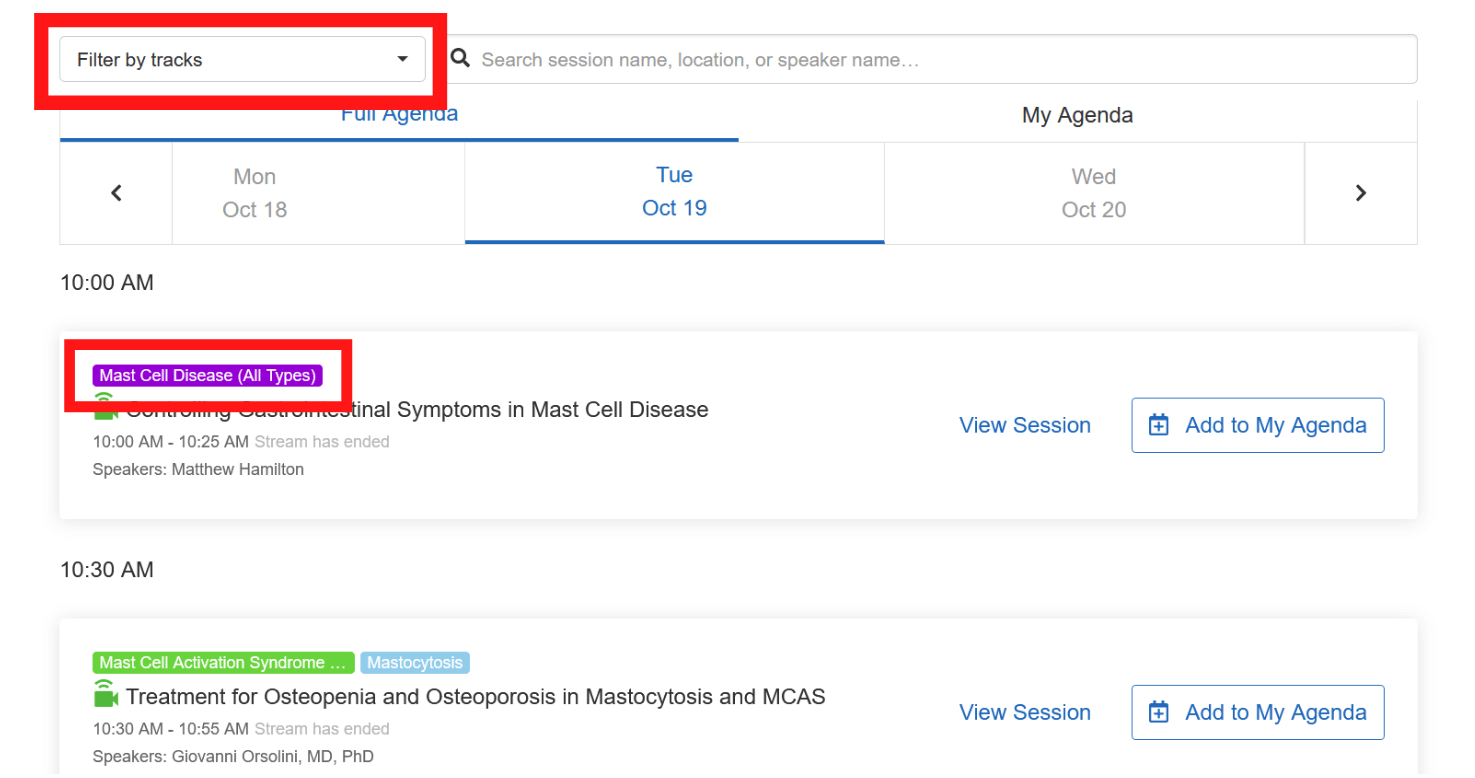 Attendees can filter sessions and search by tracks

To make sure their sponsors had multiple options for maximizing their ROI, the organizers used Whova’s Sponsor Tiering to create four tiers with varying levels of visibility. The two highest sponsorship tiers, Presenting and Gold, received extra exposure for sponsoring sessions. Their company names and logos were embedded into the main conference agenda, both session streaming and video screens, as well as the session description. With approximately 800,000 impressions created during the entire conference, the sponsors as a whole gained exceptional brand visibility.