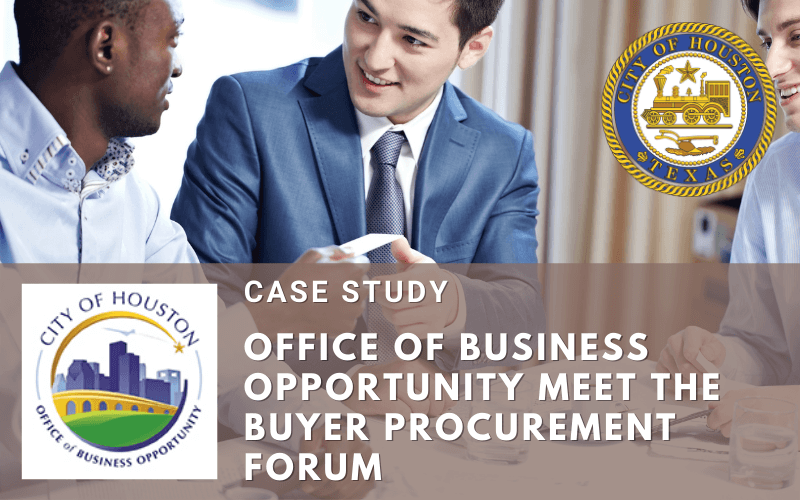 The City of Houston Office of Business Opportunity (OBO) held its annual Meet the Buyer Procurement Forum (MTB) with Whova’s  event platform. This expo, which connects small businesses to procurement agents and prime contractors, has a primary objective of providing networking and educational opportunities. Whova’s 1-1 engagement features and exhibition capabilities supported these goals and helped the event earn over 30,000 sponsor impressions with 100% of users saying they love Whova.

Interview with the Organizer

About the Meet the Buyer Procurement Forum

The Office of Business Opportunity’s mission is to develop small businesses through education and connections to opportunities that can help them grow. OBO’s work is especially focused on historically underutilized businesses and disenfranchised individuals, whose success contributes to a more competitive and diverse economy in Houston.

Because the majority of attendees were in person, the remote audience could feel isolated. There had to be a way to bring both types of groups together.

Some attendees were unfamiliar with virtual networking and doubted its efficacy. Persuading them to try something new could prove challenging.

Since the event was hybrid, it was important that MTB provide both virtual and in-person visibility, as well as give participants an effective platform to showcase their products and services.

Specifically, they used Whova’s Round Tables feature, which is similar to Zoom’s breakout rooms, but with a twist to give a more realistic conference experience. Instead of the host assigning attendees to specific groups, Round Tables allows attendees to choose which “tables” to go to and when, just as they might in person. Then, attendees could remain at the table or move to another table to start a new discussion.

The organizers also encouraged attendees to network by gamifying the Round Tables sessions. When an attendee visited a certain number of tables, they were automatically entered into a raffle for a prize. When attendees qualified for the raffle, the Whova app prompted them to share a pre-made graphic on social media.

Many attendees were pleasantly surprised with how easy it was to network virtually.

Attendees quickly became virtual networking whizzes using Whova’s intuitive engagement features. Aside from the Round Tables, attendees could share public posts and start discussions on the Community Board, further their professional and personal connections by scheduling virtual and in-person meet-ups and engage more directly with each other with Whova’s 1-1 messaging.

MTB organizer Porscha Jackson said seeing the Community Board so active for her event was a “happy surprise.” In fact, the attendees had such a positive experience with Whova’s virtual engagement features, they even asked for an in-person Round Table session for next year’s MTB. In addition to making both types of attendees feel “included,” Porscha believes that networking virtually helped them feel more confident with networking in-person, too.

Utilizing Whova’s virtual platform to complement the traditional in-person engagement of MTB helped expand the opportunities for local businesses to attend and make connections at the event.

Director of the Office of Business Opportunity

Since the purpose of MTB is to secure business relationships, presenting a robust expo booth was essential. Whova’s Virtual Exhibitor Booths lets exhibitors customize and build their booth themselves. Company descriptions, brochures, product videos, and even live streaming product demos can all be featured in their own virtual booth. 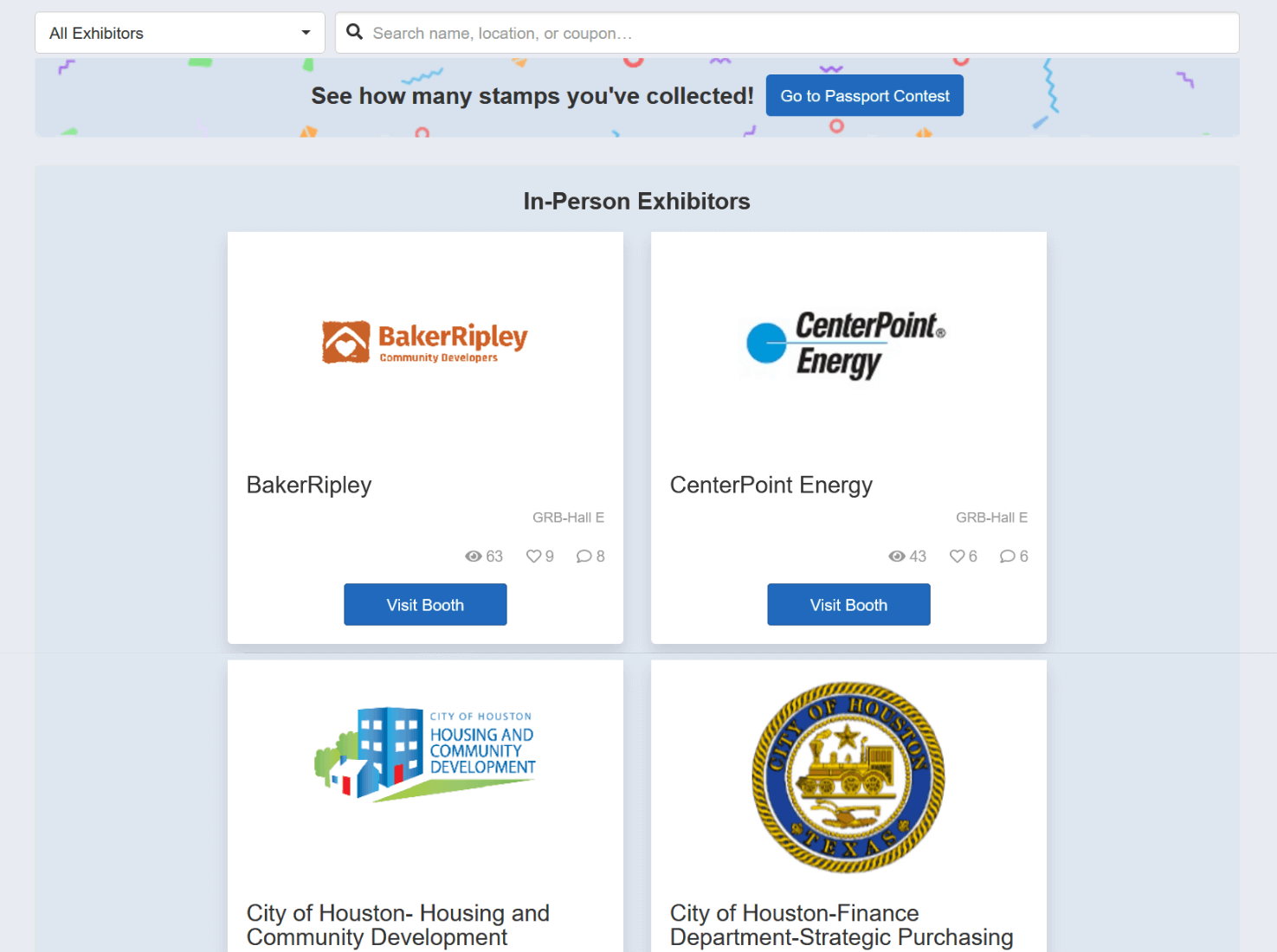 Whova also simplifies lead interaction and collection by 1) letting organizers chat directly with attendees on the booth page, and 2) automatically generating a list of attendees who give a “like” to their booth and participate in promotional offers. It’s a handy list that’s easily collected, easily exported, and easy to follow up on to secure more clients.

To further motivate higher-paying exhibitors, organizers can use Whova to tier exhibitor booths. The companies that are willing to pay for more visibility can be featured first in the Exhibitor Hall, drawing the eyes of attendees right away. Whova lets organizers choose how many tiers, what their titles are, and the number of exhibitors per tier. Tiering is both completely customizable and effective in incentivizing exhibitors to increase event revenue.