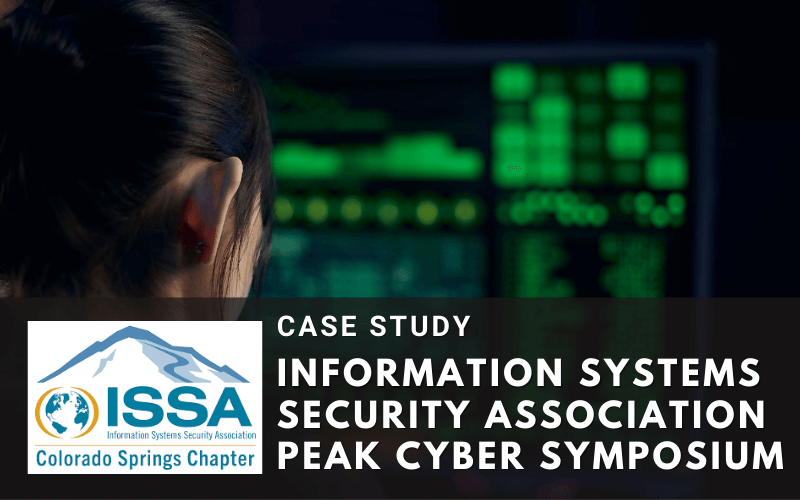 Interview with the Organizer

Since its founding in 1984, the ISSA’s mission has been to promote a secure digital world. The Peak Cyber Symposium furthers that cause by bringing cybersecurity professionals together to collectively network, share industry knowledge, and engage in current information security discourse.

When the pandemic led to the symposium being held online, the ISSA chose Whova to support the virtual event. The ISSA partnered with Whova again the next year, but this time to help facilitate the in-person symposium.

The ISSA has been hosting events with Whova for years, and has full confidence in the app’s security. Attendee and organizer information never leaves the app. Event information and links stay private inside of the event. The ISSA’s event organizer said their cybersecurity professional attendees “widely accepted” the Whova app’s ability to keep data safe and confidential. Whova not only helped facilitate the symposium, but also guarded event and user information.

We’ve never had an issue with any of the back-end stuff, [Whova] is a very safe platform to use.

Whova gives organizers the power to upload and share files directly on the app. Attendees can access handouts, programs, and slides either all at once on the app’s Documents page or by event session.

Going digital allows all the information to be available simply from the same source, leaves attendees’ hands free to further interact during the event, and gives organizers the freedom to edit information instantly and have it synced to everyone’s app right away.

Document hosting not only saves money but also hundreds of paper printouts from being used once and thrown into the trash later. Digital document hosting makes information access easy, convenient, and always up to date.

The survey is hosted right on the Whova app, and you can edit and choose between a variety of ready-made templates, or create one yourself. They can also be customized for different attendee types, then sent to those specific attendees before, during, or after the event.

In addition to event surveys, feedback forms are another feature that collects attendee feedback. Feedback forms are given by session, making feedback more personalized for both the event organizer as well as the speaker, increasing potential for overall improvement. 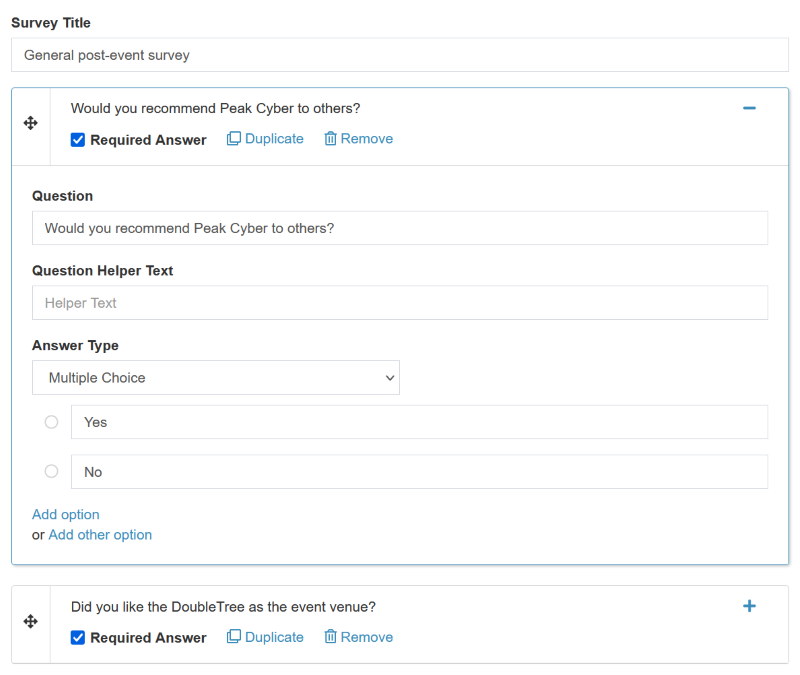 Push notifications and email reminders also increase the number of responses by reminding attendees to take the survey, and attendees will also be incentivized to complete the survey in order to earn points in Whova’s Leaderboard contest, where they can engage in the Whova app to win a prize.

We had even better [attendance] numbers than we’ve had before.

Whova’s Announcement feature is designed not only to facilitate mass communication but also to save organizers time. The symposium’s organizer specifically leveraged this feature during his pre-event process by scheduling announcements ahead of time.

Then, when the day of the event came, the announcements were released without him having to manually send them at a specific time. Preloading announcements allowed the organizer to check one more thing off his list even before the event started, and left his hands open to take care of the million other things he had to do for the event day-of. 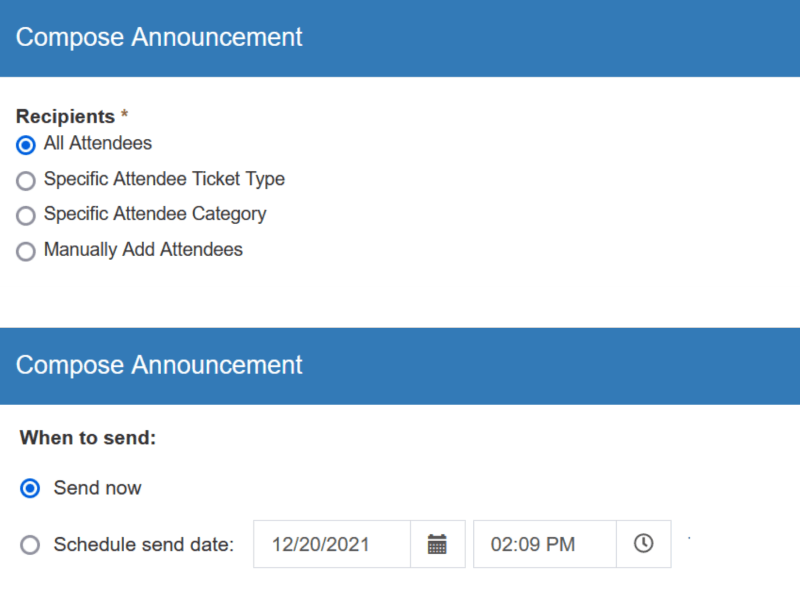 Schedule announcements ahead of time for specific audiences