How to Start the Conversation at Networking Events 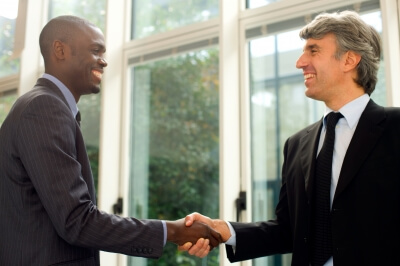 It is a generally acknowledged truth that wanting to do something and actually doing something are quite different from one another. It’s a fairly easy thing to understand the benefits of forming a network and even easier to want to network with others for your own benefit. But come the actual day of the event, many people may just come to the sudden realization that connecting with another person is harder than expected.

For one thing, most events have an underlying reason for why they happen, and most of the time, it’s not for you to network. The networking time given at most events is precious and too short for comfort. What’s more is that the reality is, most attendees stumble into these networking times nervous and anxious with no idea where to start.

Fortunately, there is a way around this. Most experienced networkers know how to best network by doing their homework before any event can help you narrow down your best networking targets and save you some scouting time during the actual event. After that, the only thing that matters is the conversation technique.

To help you get into the groove of things, here are a few ways to break the awkward ice and start the conversation flow:

The “What Did He Say?” Trick

This may not be the most innovative trick in the book, but most of the time, it works. The idea behind this comes from the fact that psychologically speaking, people are very willing to help others. Thus, by opening up a conversation with a request for assistance, you are more likely to get a receptive response.

The actual technique is that if at any point, you find yourself attending the same panel, workshop, or Q&A session with your networking target, be sure to make note of it and catch him or her sometime afterwards. Tap them on the shoulder and apologize for being a bother, then ask him if he had attended the event you both were in.

Inevitably, he will say yes.

After stepping into the conversation with this, you can move on to the next step. 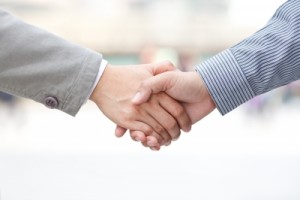 The Next Step, Option #1: The Ego Booster

This option is better suited for researchers, professors, and people with certain notable accomplishments previously established. To successfully execute this step, you would need to do your own research ahead of time. The concept behind the ego booster is to first introduce yourself, acquire his or her name, then act as though you’ve heard of him or her.

Having prior knowledge of their work, you can say something along the lines of, “are you, by any chance, the author of {####}?” When they reply yes, you can then follow up with how you’ve read their work and found it fascinating and lead the conversation this way.

People are rarely reluctant to talk about their work and you can harbor a positive conversation by being interested in it. After the conversation has reached the right point, you can begin talking about yourself and how you are related to the field.

The Next Step, Option #2: The Vanity Fair

If your target doesn’t have publications, that’s fine too. Your job to get him to open up is to just ask him questions about himself. The logic is virtually the same: most of the time, people aren’t reluctant to talk about themselves. After you get his name, the next step is to ask him what he does.

The trick here is to not immediately talk about yourself. If he is in a company that makes computers, don’t immediately jump to talking about your own software company. Ask him about his and show your interest. Interjecting a few, “oh, I heard about those, I read that ‘###’ is ‘###'”, would be helpful to keep the conversation flowing. Then, again, after the conversation has reached a good point, you can talk about how you two can help each other.

Conversations, especially with strangers, are never really easy. The key is to relax and keep your ears open for key points in the conversation to ask questions and show interest. What’s really important is that you do your research on their professional profiles and research a little their line of work. That way, it’ll make it easier to keep the conversation flowing.